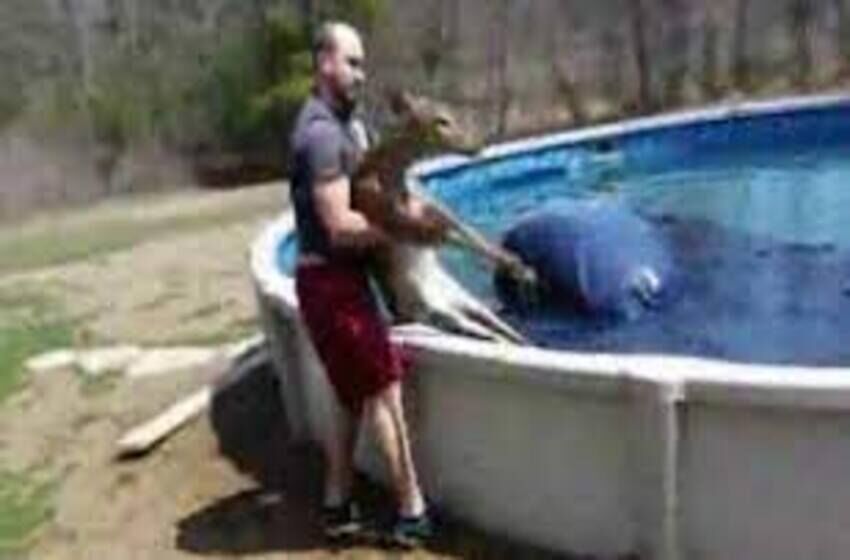 When James and Alicia Angeli were resting at home on the weekend, rescuing a wild animal was the last thing from their minds. However, when walking their dogs in the backyard of their Pennsylvania home, Alicia noticed the head of a baby deer burst above the pool’s surface! Only his head was above water as the poor deer was entirely immersed!

She instantly called out to James, who rushed out to assist the deer. The deer swam immediately over to him as he tapped on the water, as if it knew he was coming to save him. James then reached into the pool and removed the limp deer from the water and onto the ground. 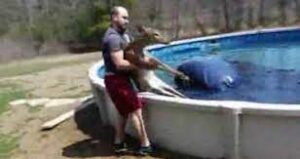 Alicia’s cell phone video shows her attempting to soothe the adolescent deer after it exited the water. The deer couldn’t get up because it was too cold. He was also startled by the couple’s dog for a brief while. The deer, however, responded by getting up and running back into the forest when Alicia wrapped him in blankets and warmed him with her body heat.

Following the installation of a fence, Alicia supplied the following information regarding the deer and their pool:

“Our pool was less than a year old at the time this video was filmed. Our township does not compel us to put up a deck or fence, therefore we haven’t done so yet.

I’m not sure, but only doe herds have always wandered past our yard. We saw a deer come by a couple times this year (2017), so that may have been him!”