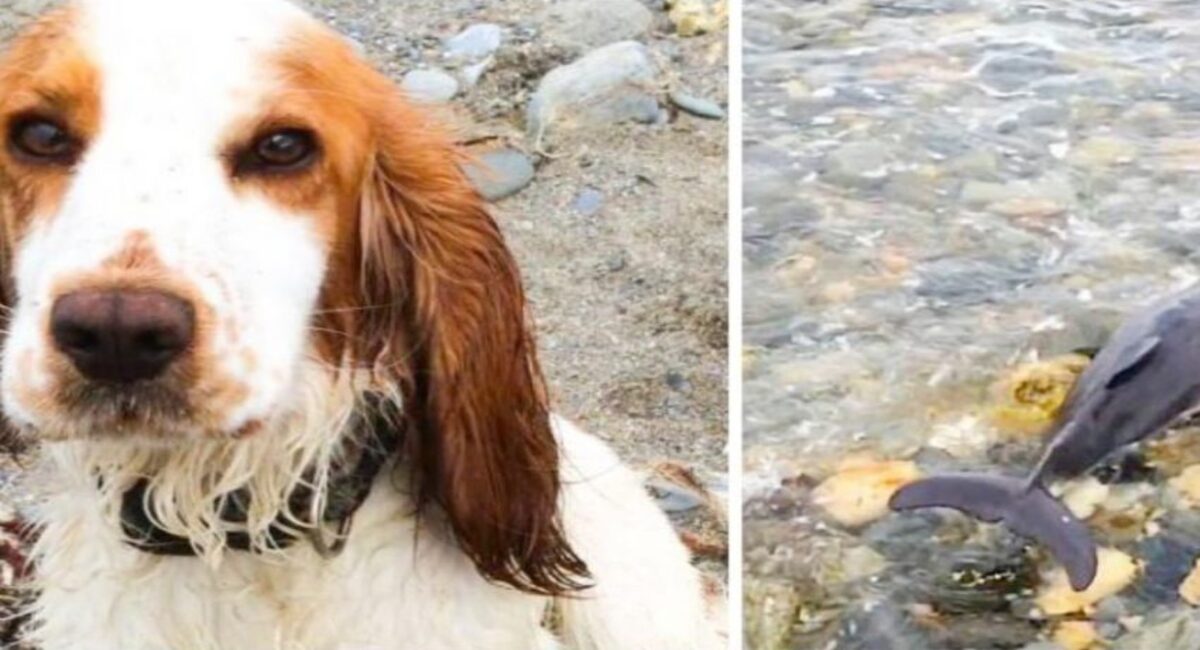 Rich Wilcock, 42, and his dog went for a walk down the beach one day to take photographs, when his dog saw something. 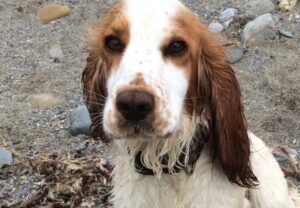 The little Cocker Spaniel refused to follow his master and continued to run in the opposite way. The guy proceeded to call the dog, but it was clear from its look that it needed to be followed. Rich eventually gave up and followed the dog’s lead. He quickly figured out why. They discovered a stranded baby dolphin between the stones on the beach; the sea was raging around them, but the youngster was still alive. 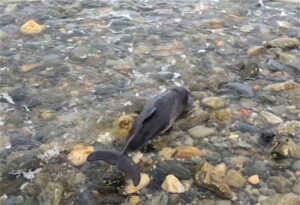 The man tried to telephone for help, but there was no way to communicate on the beach, and the waters began to divide in earnest. Wilcock was determined to preserve the infant since he cared about aquatic wildlife. He pushed him from the stone surface to the water, but the animal was weary. He started to push the cub deeper into the water till he was kissed by the salty waves. The cub began to move its flippers slightly, indicating that it was attempting to swim. 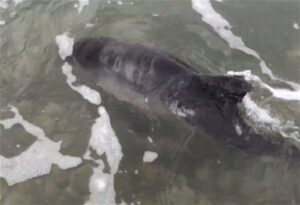 The dolphin was thrown back to the rock when a huge sea surge swept in. Because he didn’t want the cub to die, the guy worried and began to nearly yell, cheering both himself and the youngster. 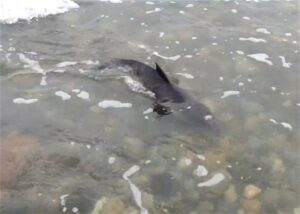 Picking him up in his arms again, the dog continued to plunge deeper and deeper into the sea in order to release him away from the rocks. Finally, he believed he had gone far enough away from the cub that it was safe for him. He let go, satisfied that everything was going to be OK now. 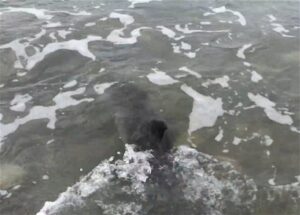 A dolphin’s fin flashed over the water a few moments later, and the cub swam into the depths of the sea.