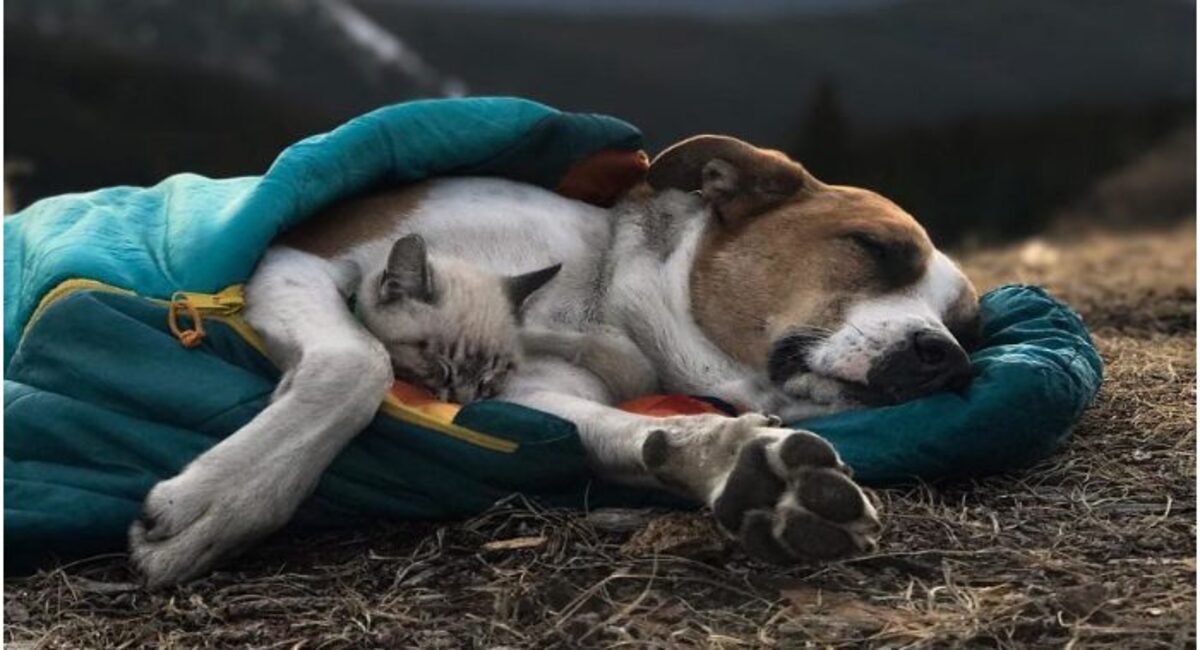 Claudia and her pal enjoy going on vacations. They have a lot of photographs on Instagram of them climbing in the mountains and in the forests.

There are several photos of their indistinguishable pets, Leo the dog and Balloo the cat. 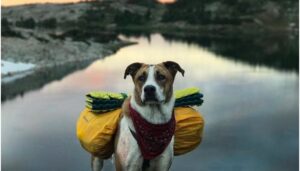 Claudia and her friend took in a puppy from a shelter and named him Leo. At the time, Leo was just 3-4 months old. When Claudia received Leo in her arms, he curled up on her lap and then sat on his stomach, demanding to be stroked. 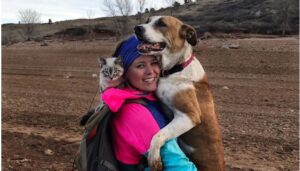 Claudia returned three days later with Leo. When they first started going together, the doggie picked the largest and steepest stone for him and ascended it all the way to the brink of the cliff.

Claudia and her companion had planned a few months previously to have another pet. 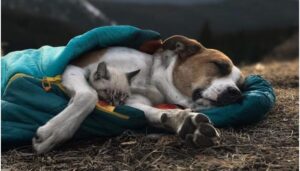 They needed to find a kitten that was old enough to go on a walk in the woods with them. They soon stumbled upon Balloo, a mixed-breed kitten at the shelter. 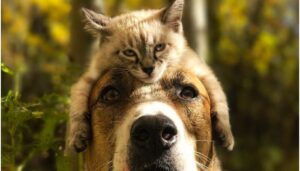 Balloo and Leo were good friends when they first met. ‘Every time we take Leo for a walk with the chain, Balloo dashes to the door and starts calling for him.’