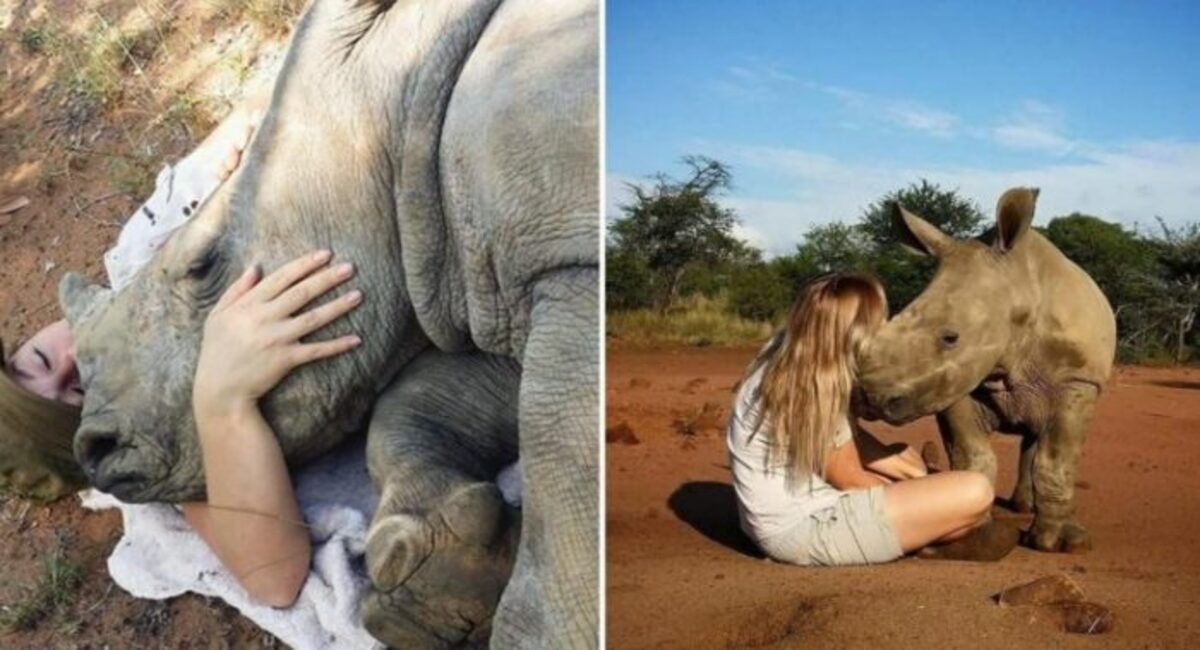 Animals, as much as people, have the ability to love. They are able to communicate their gratitude to individuals who care for them, rescue them, and do not overlook them.

And it is this small rhino that has special feelings for a wonderful lady. 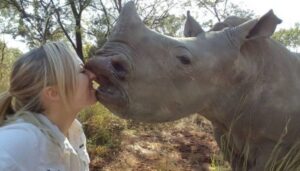 When Kabelo, an orphaned rhino, was 5-6 months old, he lost his mother. Despite everything, he enjoyed being among people. He admired a kind veterinarian who saved his life and continued to look after him, eventually becoming his “mom.” 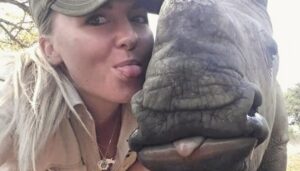 After that awful event, Kabelo was sent to a refuge. He was lucky enough to encounter someone who was able to calm the poor, scared animal.

Laura, who worked at the same sanctuary as the magnificent rhino, was instantly smitten with him. Deep and intense feelings bound them together. Laura saw what the infant required following his tragic loss, so she consoled him and showed him her love. 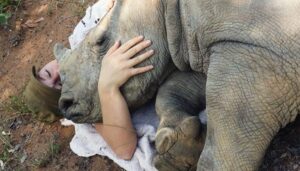 Kabelo often displays his gratitude by embracing his kind mother. Laura is at peace with this wild little creature with the ability to love totally and unreservedly. 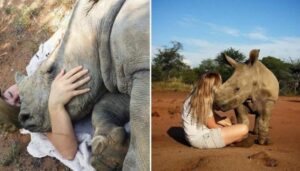 When Kabelo grows up, he will return to the wild, but in the meanwhile, he deserves all of her care, warmth, and love.