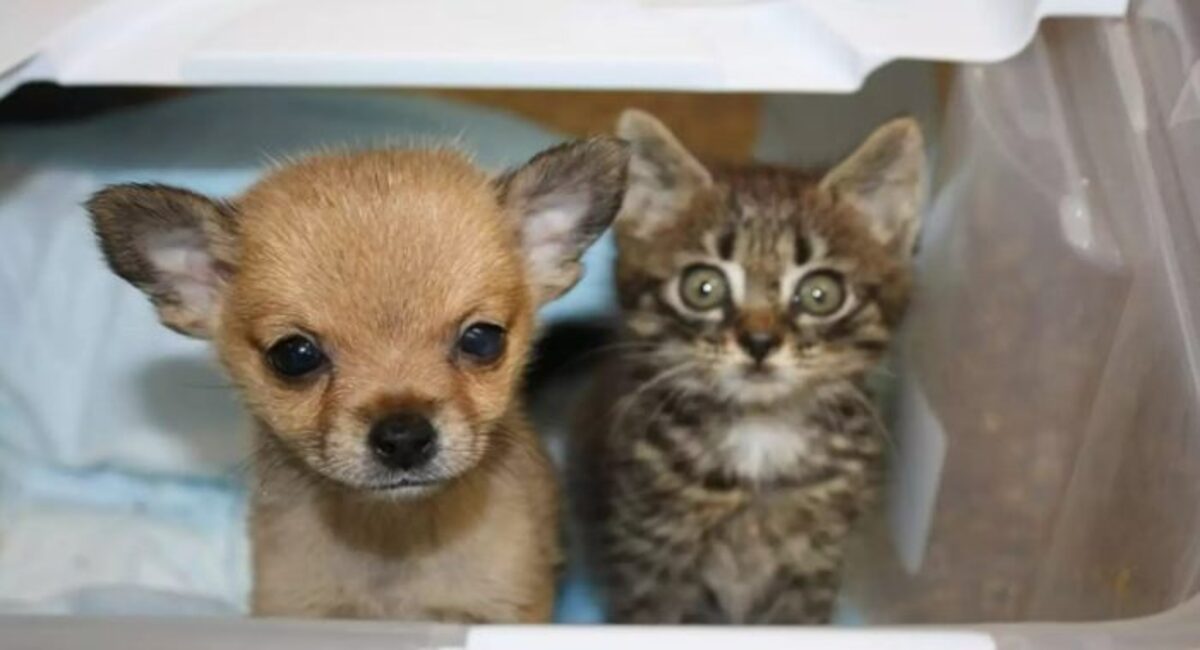 This lovely kitten’s name is Chakki, and the puppy’s name is Laki. On the same day, they were both taken to the shelter.

Chakki was in good shape, quick, and energetic, but Laki had a number of problems. 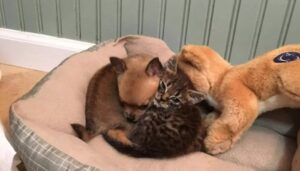 A bystander saw the puppy in the street and felt sorry for him, offering to help.

The high temperature, according to the veterinarian, was the reason of the low sugar level. For whatever reason, treatments were ineffective, and no one knew what to do. 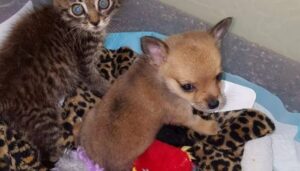 As a consequence, one of the veterinarians suggested pairing Chakki with Laki, which worked out well. They became great friends, and the dog quickly began to feel better. 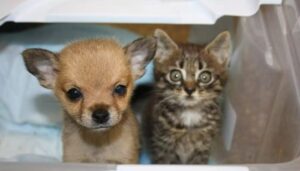 After 15 days, he was completely cured, and he had acquired a new, lifelong friend who had helped him become courageous.

According to the veterinarian, Laki was taken away from his family, siblings, and sisters far too soon, preventing him from being physically healthy. 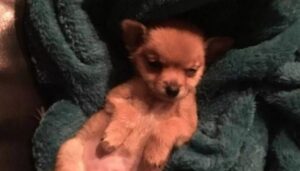 But, after meeting Chakki, he found the joys of life and quickly healed. However, it isn’t all. They immediately developed feelings for one family, and the friends now live together and are extremely happy.