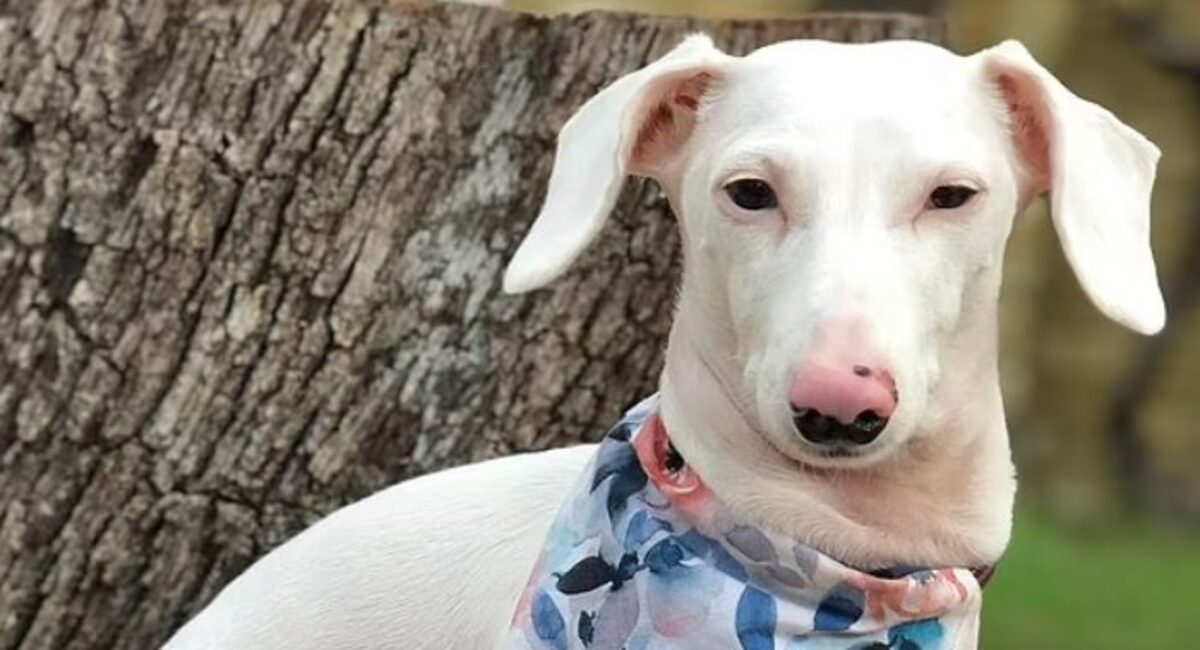 For months, no one wanted to take the dog from the orphanage. Instead of being brown, the dog is white. His nose is also pink instead of black. The dog’s hearing and vision are severely impaired. 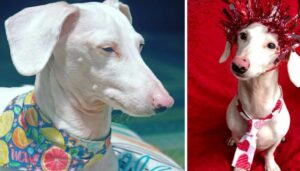 He finds it difficult to walk for long periods of time without being out of breath a result of this. To prevent becoming tanned, he should wear sunscreen. A woman immediately fell in love with the puppy. 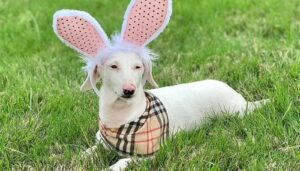 The woman said that she had never heard of albino dachshunds before. She had no intention of taking the puppy, but she couldn’t leave it alone when she saw it. 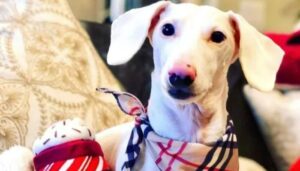 «We didn’t choose him; he chose us.» «The dog thought he’d find happiness and safety in our home,» the owner stated. 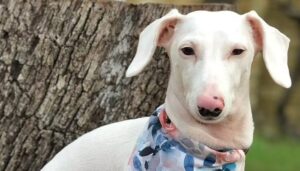 The dog is now surrounded by love and attention, and his owner’s social media posts have made him famous. When he’s out on the street, he always grabs people’s attention.

People came up to photograph the dog and get a closer look. Despite his impairments, the dog is aware of his owners’ adoration.