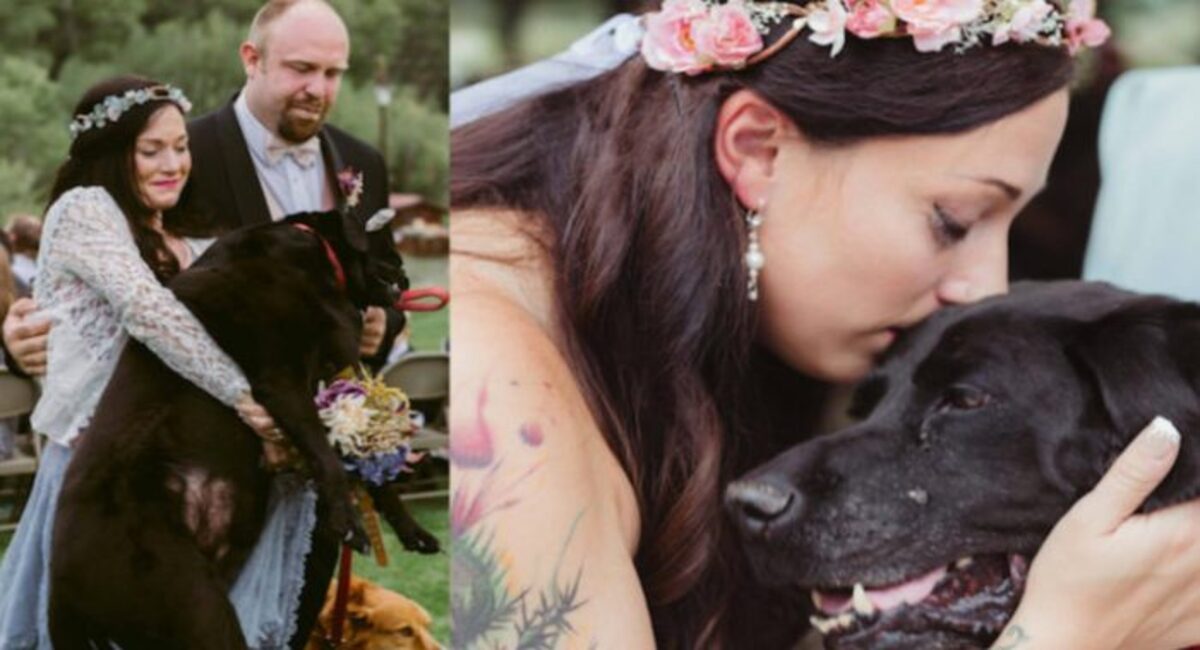 14 years ago, Anne O’Connell brought in a 2-month-old black Lab from a pet shelter. He’d been put in a shopping cart by mistake. Anne was determined not to have a puppy, but she couldn’t resist bringing Cherry home. 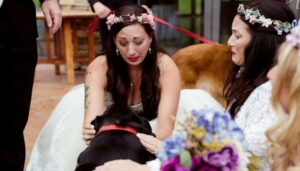 Both Anne and her fiancé Jamie work in veterinary medicine. They married in September, and Cherry, who was 14 at the time, was a big part of it. This year, the dog was diagnosed with a disease and was in poor health. 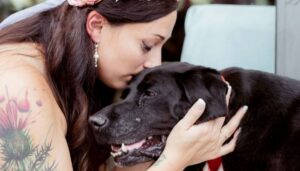 In the week leading up to the wedding, his condition deteriorated, and Anne intended to bid him farewell. Cherry, on the other hand, had no problems at all during the wedding. He didn’t appear to be himself. 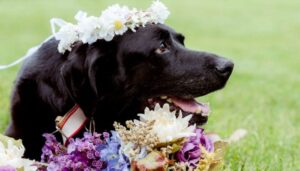 The proprietor was led to the altar by him! He was, however, unable to return. Sister Anne picked him up and carried him. Because it was such a moving occurrence, everyone was moved. 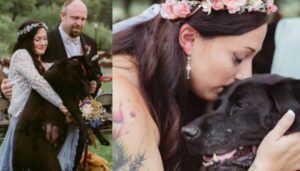 A week later, Cherry was still missing. He fell slept peacefully in front of the stove at home, surrounded by a loving family, to avoid waking up. ‘It’s been a terrific 14 years,’ says the author. Anne says, ‘It’s definite.’