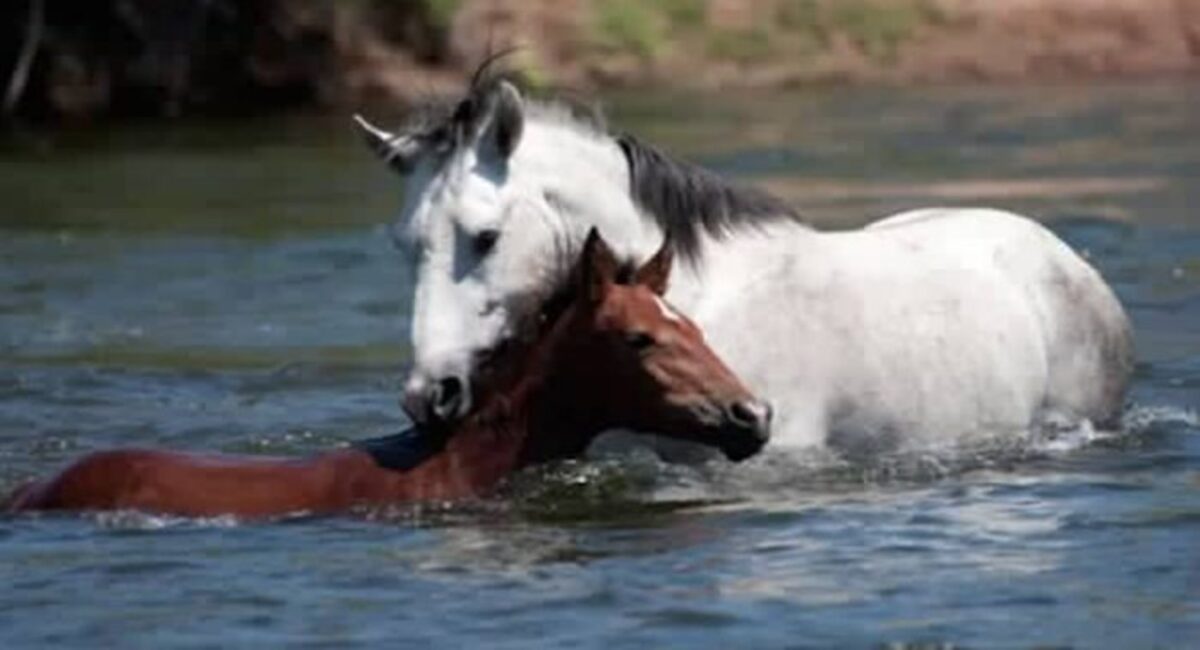 Meet Bilek, a horse that has shown the compassion and selflessness that certain animals possess. Bilek and his herd were grazing along the banks of the Salt River when they discovered another herd of horses on the other side. There were two young, rambunctious foals among them. 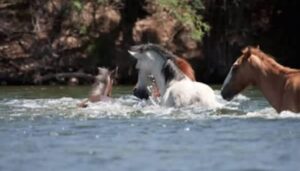 Other horses grabbed the curiosity of Bilek and his family. Bilek and a few other horses were crossing the river to greet the other horses when a young filly was swept into the water by the river’s surge. She was dragged beneath the water’s surface. 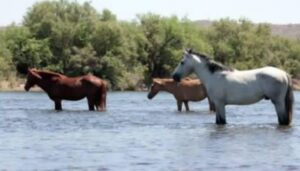 Bilek swam close to her and attempted but failed to capture the foal. The water began to carry the horse downstream. Bilek, on the other hand, was not going down without a fight. He swam away from the rest of the herd, chasing her down. 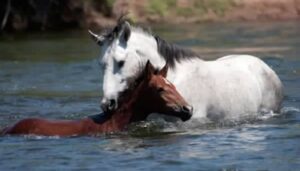 Then he was able to catch the tiny horse from behind. He wrapped his arms around her and didn’t let go until she was back on the beach. The filly ran directly to her mother horse, relieved to be on the riverside. 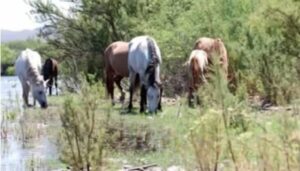 Bilek continued to follow the gaze of the other horses in the next group. He came upon another group’s stallion, and the two horses exchanged courteous welcomes.