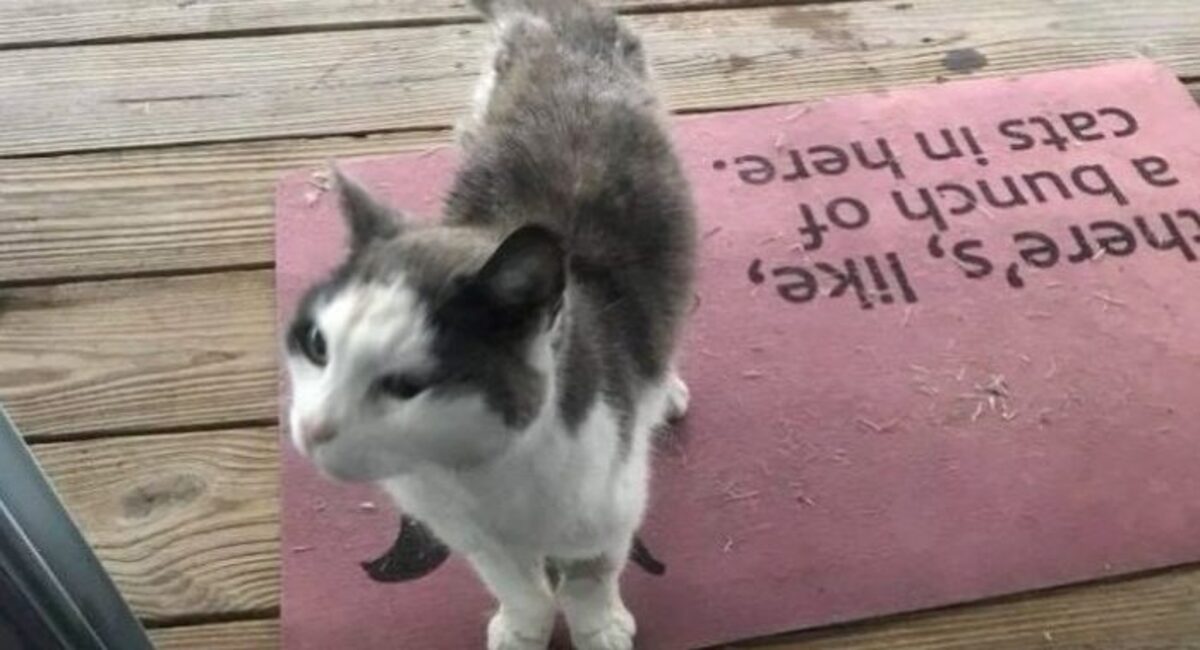 Lara took her dog for a morning stroll. She observed a white and gray cat on the balcony when she returned home. The cat ran over to Lara’s feet and started meowing. When Lara entered the home, the cat immediately followed her.

‘It started raining and getting cold, and I had no idea whose cat it was.’ As a result, I chose to look at her,’ says the author. Lara clarifies. She needed to get ready for her shift. She couldn’t, however, abandon the cat in such a situation. 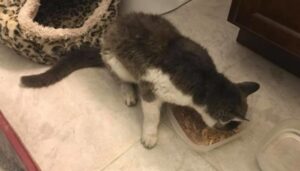 She brought her inside and placed her in a little room as a consequence. Lara immediately named the cat Bines and handed her a can of cat food.

She’s worked with older animals before. 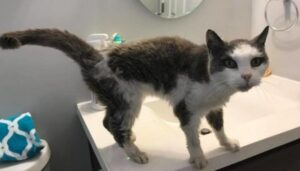 Tom, Lara’s 27-year-old cat, was acquired from a shelter earlier this year. After work, Lara wrote about the cat on the city’s Facebook page, and she received a lot of positive feedback. 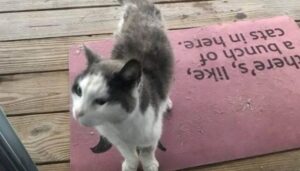 After that, the owner began seeking for someone to help her with the cat’s rehabilitation. The volunteer group decided to assist the cat with its medical requirements when she contacted them.