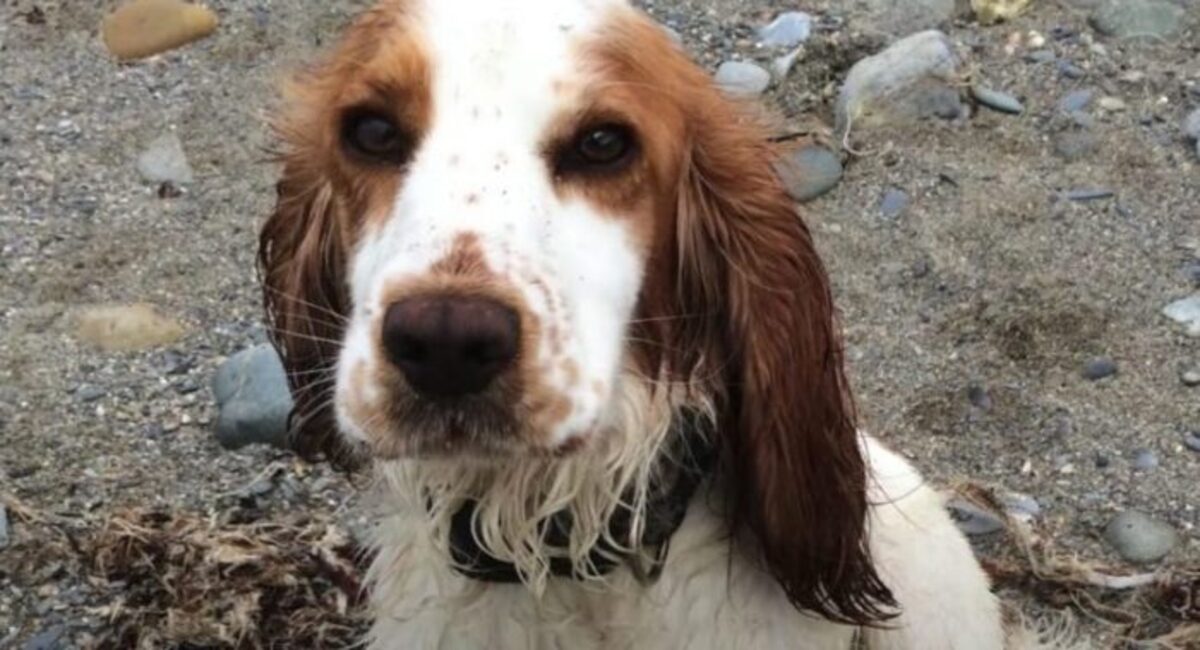 This is the story of a cunning and quick-witted dog who saved the life of a baby dolphin and hurried to assist when it was required. 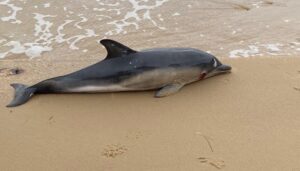 Laia, a bold springer spaniel, drew attention to the dolphin that had been thrown onto the beach by the current and barked, pointing the owner to it. 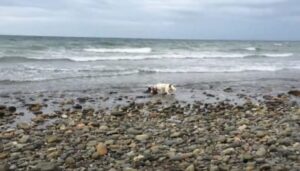 Tom, an amateur photographer, and his dog Leah were walking down the beach in Crlxlet, Wales, when Leah began barking and attempted to gain his owner’s attention. 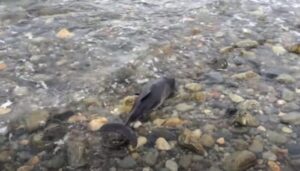 Following the dog, he came across a baby dolphin washed up on the beach by the tide. The man later admitted that he had intended to shoot the stunning seascapes that day, but Laia kept getting in the way, barking and smelling a dolphin a kilometer away. 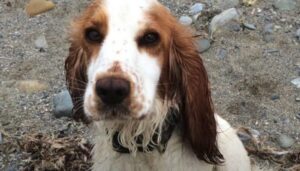 Tom mistaken it for a baby shark at first, but upon closer inspection, he discovered it was a dolphin. He was returned to deep seas thanks to the efforts of the dog and Tom, after which he and the dog lingered on the coast for another hour to make sure everything with the dolphin was well.