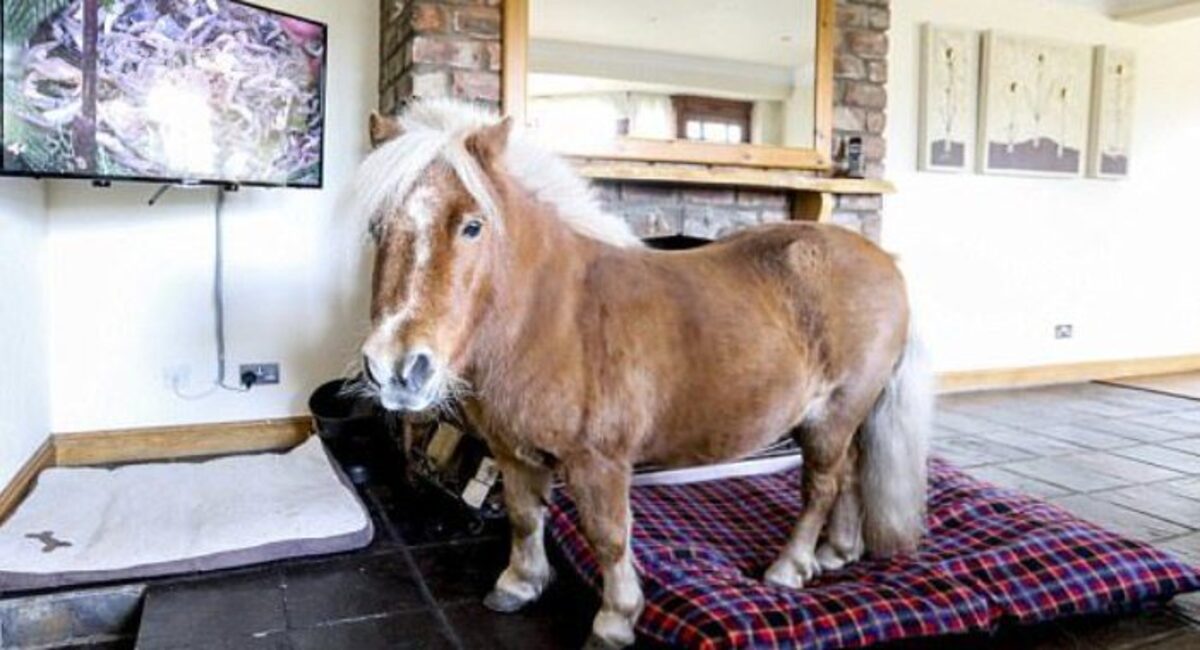 Week, a Shetland pony, is a pet for a Renfrewshire family (Scotland). His early pals were dogs, and the pony took up a lot of their mannerisms, such as how to open the apple cabinet on his own. 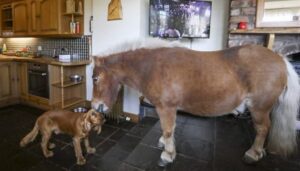 When the nights became cooler and he wanted to sit inside by the fireplace with humans, the pony’s owner, Lilith Johansson, claims the pony learned to open the front door. 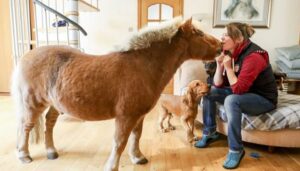 The locals have become accustomed to Lilith’s lovely pony following her about the home, and even the postman, while delivering newspapers, offers an apple for Week to enjoy. 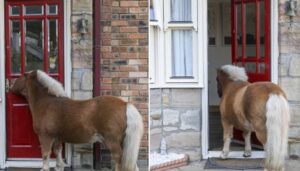 Week learned out how to unlock the closet and go to the fruit dish on his own, so the house owner had to keep the fruits someplace else because the pony ate them so rapidly. 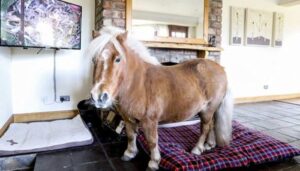 The pony discovered a way for collecting apples elsewhere after realizing that the apples in the cabinet were no longer available to him. ‘In terms of demeanor, he reminds me of one of our dogs,’ said the owner. ‘He grew up with our five dogs and appears to think of himself as one of them,’ said the owner.