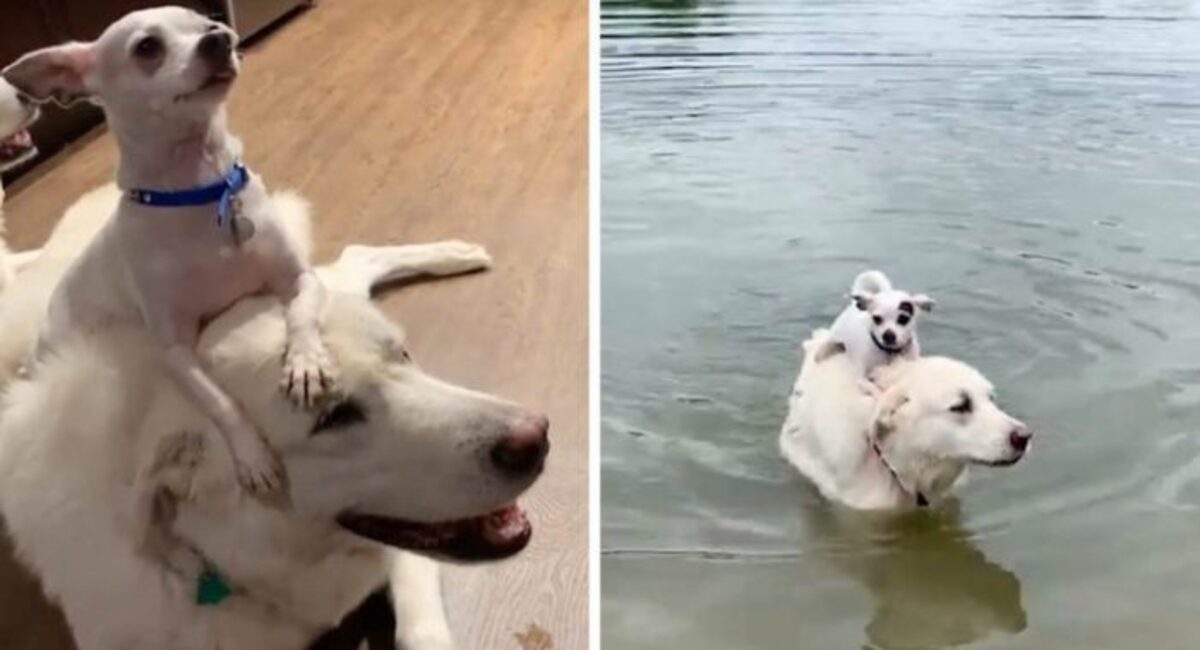 A rescued chihuahua named Tima and a large dog named Bern are the best of friends despite their size disparities. When the young Tima decides to embrace him, use him as a cushion, or use him as a high chair once more, the loving chihuahua adores his friend and doesn’t mind. 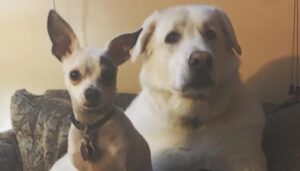 True friendship is like that! Jenna Miller regularly takes in older dogs that need a place to stay as a volunteer at an animal shelter.

Tima, a Chihuahua, was her very first patient. Surprisingly, the dog got along with the family’s beloved dog right away. 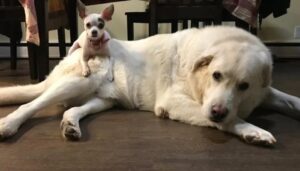 It was impossible to look at the two of them without feeling something after they literally became inseparable right away! Tima treated his dog like a personal chair, couch, and even vehicle because he loved him so. 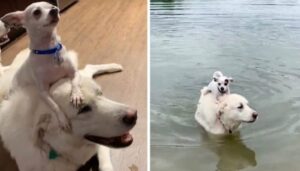 The owners were amazed by how calmly the big guy Bern handled everything. The owners were so thrilled to have Tima back on Bern that they were unable to contain their emotions. 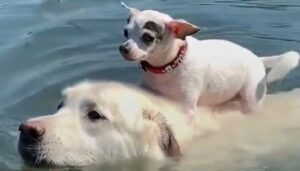 They looked at each other and decided that the cute chihuahua had become a member of their family. Even though these canine companions have personalities that are utterly unlike from one another, they nonetheless stay friends.