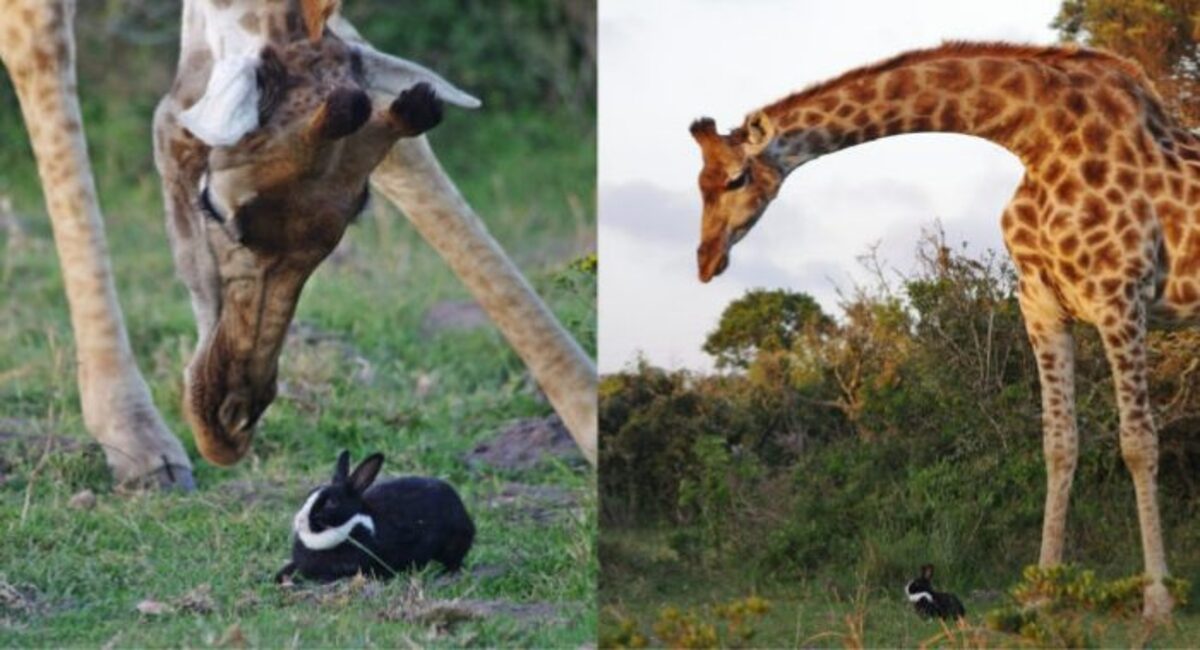 The owner of the park is Ayisha Friedman. People go on excursions and go to the park to see all the animals. One day, while traveling with her daughter Monica, Ayisha observed something that prompted her to exit the car: a magnificent giraffe in the fading light. 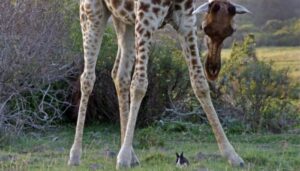 Ayisha decided to take a picture of the animal. She first failed to notice the giraffe’s attentive inspection of anything between its legs.

When they followed his gaze, Ayisha and Monica caught a glimpse of a little black and white bunny lying on the grass.

How the rabbit got here among the animals in the park is a mystery. Ayisha and Monica watched the giraffe and the rabbit for about 45 minutes. They knew that as soon as the giraffe moved, the rabbit would follow. But it never took place. 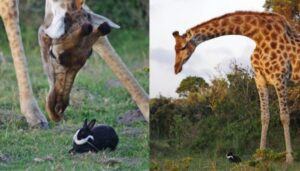 When the giraffe bent down and smelled the bunny, the bunny did not want to go. Ayisha and her kid eventually made their way back to their house as darkness fell. 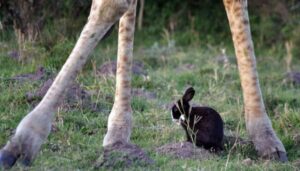 Even after they went, the giraffe and the rabbit remained close to one another. What a perfect coincidence, no?