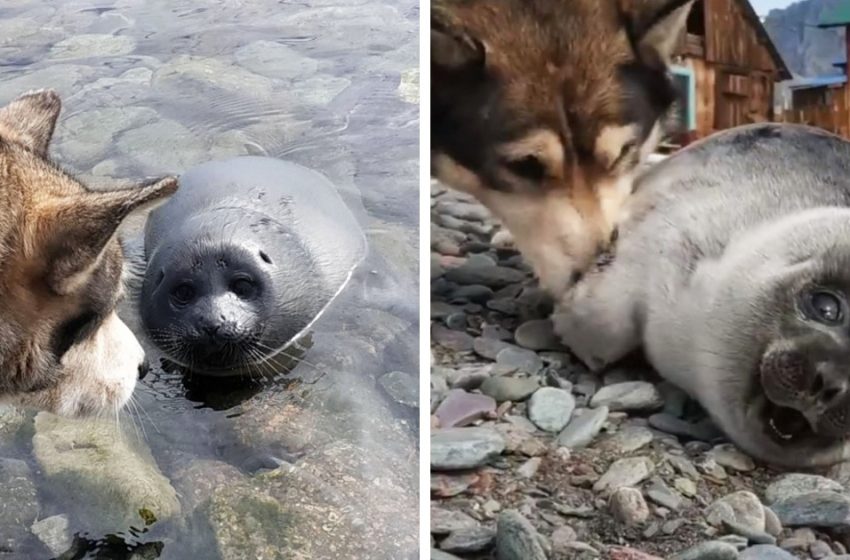 On the beach of Lake Baikal, a family spotted a seal that was practically unable to walk. Nick’s dog rushed to his aid when he was brought to the police. He most likely mistook the infant for a puppy since she proceeded to kiss and care for him. 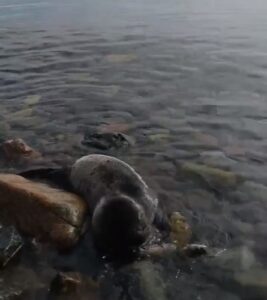 The seal was placed near the bathhouse, and Nika, the pet, approached him and licked him for almost an hour, most likely mistaking the infant for a puppy. The adorable animal awoke and opened his eyes as a result of your tenderness! 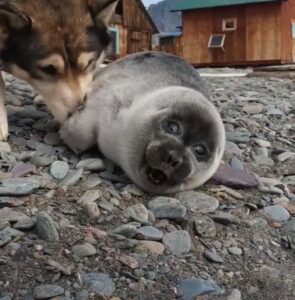 Natalya and her husband made the decision to feed the kid. However, because seals eat in water, he was placed in a bath filled with water. Nika had not abandoned her throughout this period. Umka was the name given to their visitor. He spent the entire night in the bathroom, and when he emerged on his own the next morning, Nika immediately began to caress him. 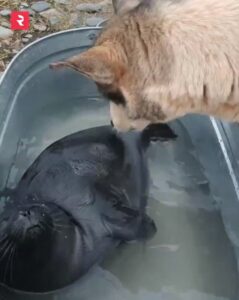 The family attempted to return Umka to Baikal in the evening, but he returned. Everyone was ecstatic, and Nika began to lick the seal once more. He was fed again and left at the residence for the night. 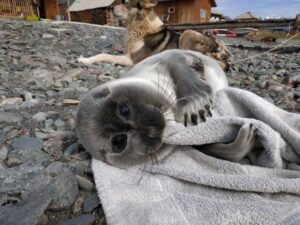 When Umka was led to the shore on the third day, he crossed away this time. Nika was upset, but the proprietors eventually found something amusing for him to forget about his adoring visitor. 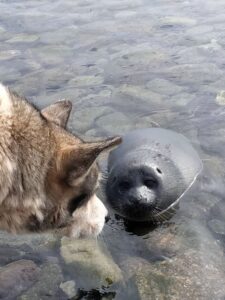