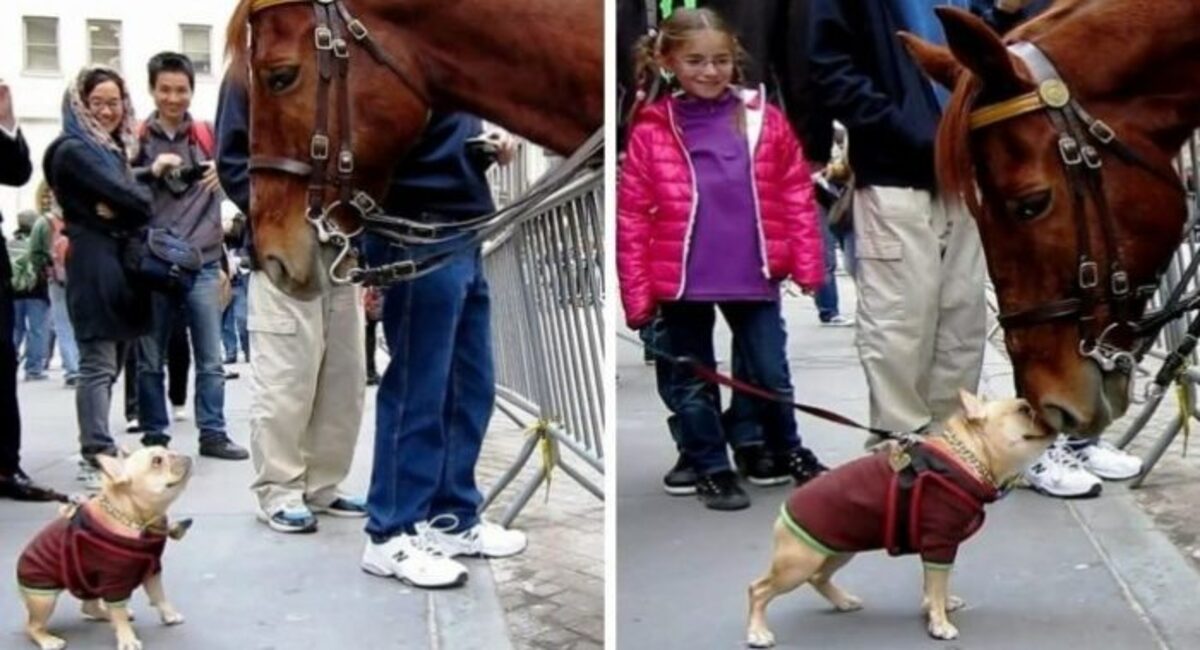 Seeing two very different animal species communicate is intriguing. Meet this adorable dog who was out on a walk with his owner when they came across a huge police horse patrolling the area.

The streets were clogged, and officers were on the scene. 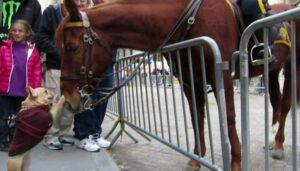 Something strange quickly drew the crowd’s attention. The police horse was being teased by a little dog. It’s a stunning exhibition of soft and genuine compassion that’s well worth seeing. 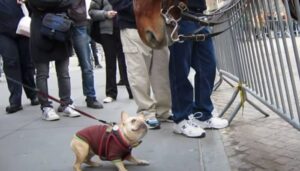 The dog was staring at the horse with glee as if he was hoping for a kind gesture from him to let him keep playing. As he raced and leaped about him, he was dizzy with excitement. The horse was first calm, as though he was getting to know his new companion. He was divided between opposing emotions and couldn’t decide what to do. 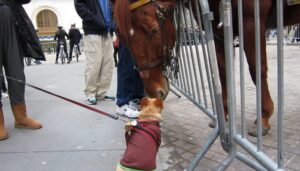 The horses used by the police are well-trained and know how to behave when on duty. This horse looked to be very professional, which is why he stayed rigid for a long but amused and interested at the same time.

The police horse dropped his head after a few seconds, allowing the dog to approach him. These two adorable creatures were able to communicate their sincere emotions despite the boundaries that separated them. 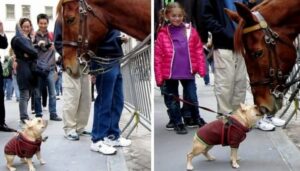 The dog, in particular, was ecstatic to be able to play with his new companion, leaping and licking him several times. My eyes welled up with tears as I saw this gorgeous pair.

Crowded and enthusiastic bystanders began capturing this fantastic moment of a new developing bond in addition to viewing the poignant scenario.