When a snowstorm hit Texas at the end of the winter, it brought with it unseasonably cold temperatures. A resident kept hundreds of animals of various shapes and sizes in her home for a month to keep them safe from the elements. In the case of a natural disaster, she felt well-prepared. 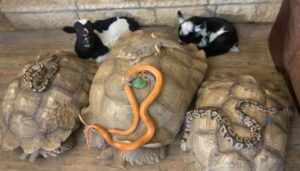 She stocked up on supplies and purchased air warmers for her home and animal enclosures. However, as the hurricane hit, the power plants went offline, and the residents lost power.

If humans did not intervene, all animals would perish. So she brought in the reptiles and the infants one by one, as they were especially vulnerable to the frigid weather. 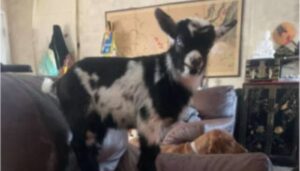 She could only breathe again once all of the creatures who might be seriously affected by the frost were safely within her dwelling. Her tiny abode has turned into a sanctuary for a variety of strange critters. 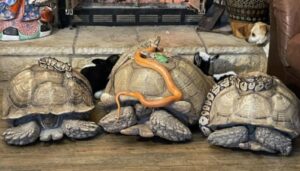 Surprisingly, all living species came together under one roof and acted peacefully, as if they were aware of the danger waiting outside the temporary refuge’s walls.

They clustered around the living room fireplace, practically crawling on top of one another, and refused to fight. 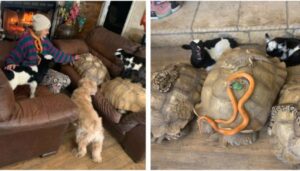 Neighbors were aware of the family’s troubles and offered food and assistance at the shelter.

The neighbors are really grateful to the family; things would have been much more difficult for them without their help. They became so close to some of them that they now talk on a regular basis.