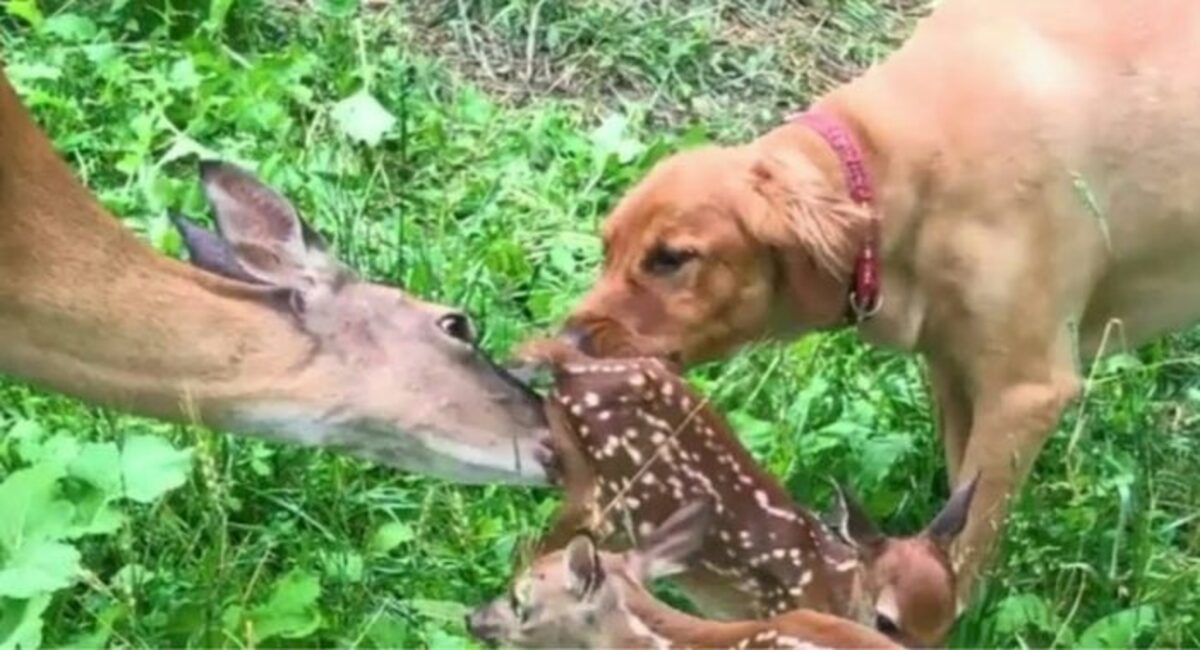 The bond that exists between species is extraordinary. This time, it’s a one-of-a-kind friendship that’s lasted more than a decade. Meet GD, her closest friend, and Bento, a deer. Laura, GD’s human, had no idea how to care for the deer when she rescued her. 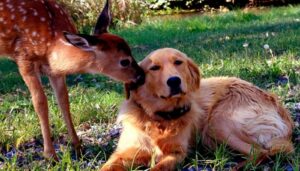 She phoned one of her pals who had previously reared a deer to learn how to accomplish it. Laura welcomed Bento into her family right away. One of the persons she befriended the most was GD, her pet dog. 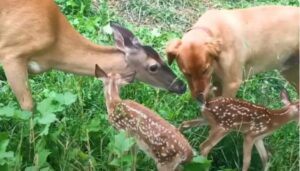 When Laura returned after releasing Bento into the wilds, she was taken aback. She visited her adoring family almost every day. When Bento needed help, she returned, holding out her children and asking for help in raising them. 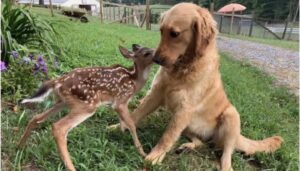 Her best friend, GD, who voluntarily shared her mother responsibilities with her, was anticipated to be especially helpful. He treated them as though they were his children, and he cherished them. He was pleasant and approachable. 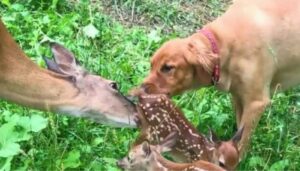 Bento began to show up at the front door on a regular basis as a result. Bento still considers herself a member of the family.

I wish them much love and happiness in their ten-year friendship.