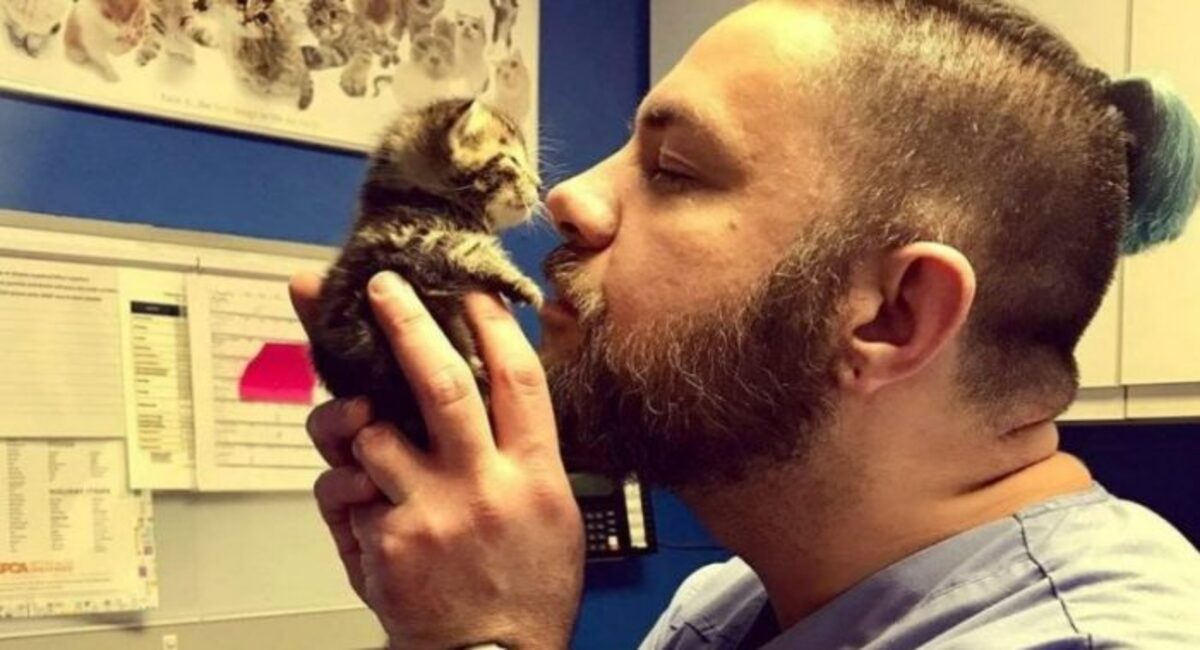 Three kittens were picked up on the street in the rain and taken to a New York veterinarian facility. The kittens were cared after by Sam, a young veterinarian. After filling the bottle with formula, he immediately began feeding them. 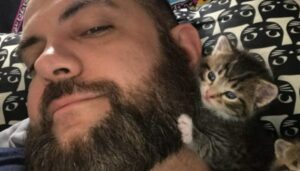 The young vet went on to say that he feels happy when he gets the opportunity to help animals, and that he is convinced that these kittens’ life will be filled with nothing but bright and wonderful moments. 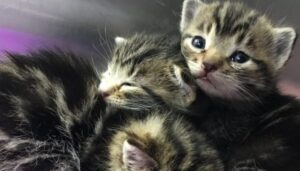 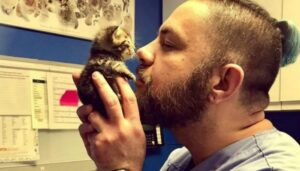 They eventually began to eat regular food, but the bottle of formula remains a favorite, and they paw at it as soon as they see it. 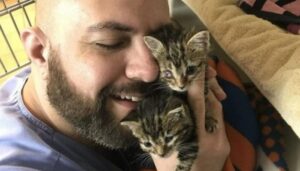 Thanks to Sam, they are completely healthy and enjoy hugging and purring. He feels they will have to say their goodbyes because the moment has come for adoption.