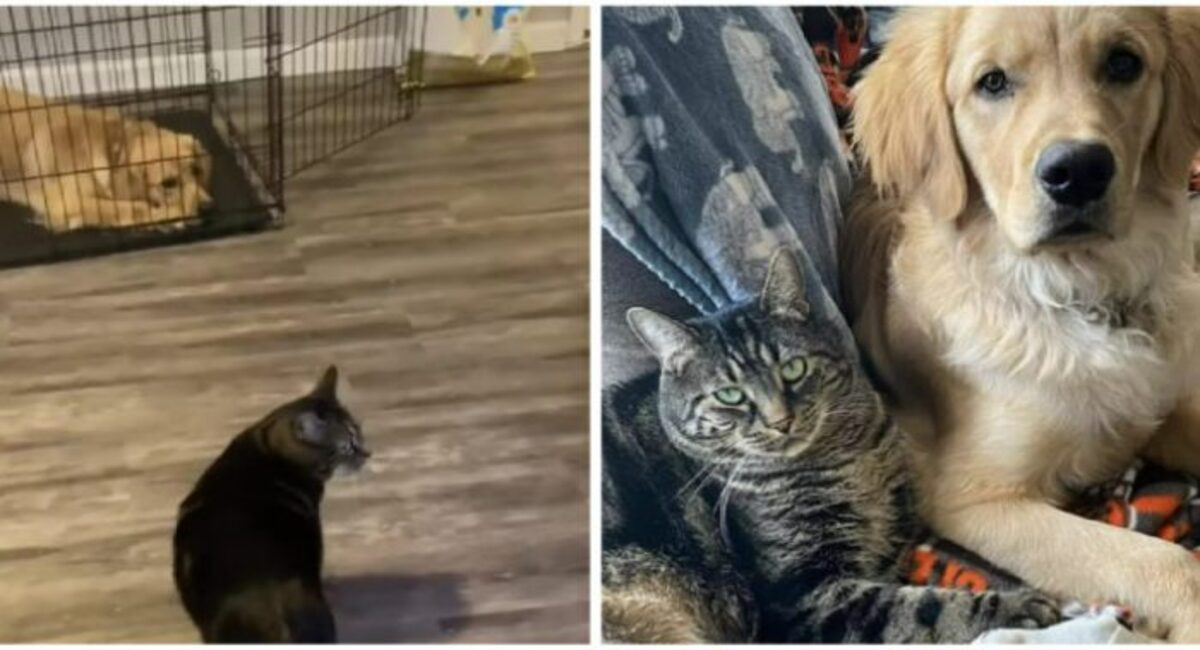 Milly the cat used to be a stray, but he got tired of it and strolled into the yard, where he met Elie, who became his owner. He was a treasured, affectionate, and dedicated pet for many years. 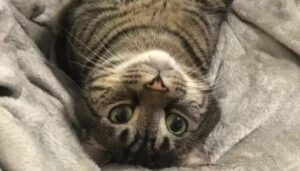 When Elie received Bony, a golden retriever, everything changed. The owner is accustomed to lavishing attention on the rescued cat and always gets his way. Milly just wants the finest, according to Elie: toys, food, living circumstances, and the owner’s attention. 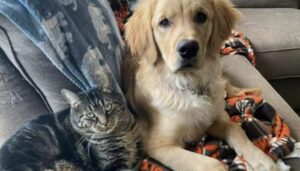 When a puppy emerged out of nowhere, Milly was not thrilled about having to share his mother’s attention, especially one that was quite active. The dog likes the cat and is always attempting to play with, cuddle, and locate him. 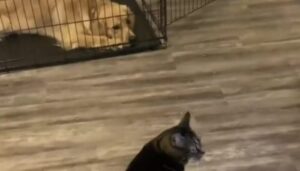 When Bony bothers Milly, he goes into a box. Bony constantly wants to be near Milly, so he follows her there. Milly escapes the box fast by tugging on the door. 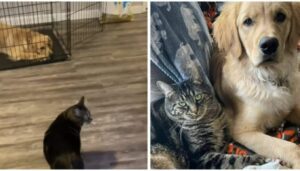 Milly has been stuffing his tiny friend in there for three months, and the puppy still hasn’t figured out what’s going on. However, the more time two animals spend together, the closer they get. Milly, too, can’t help but embrace his pal from time to time.