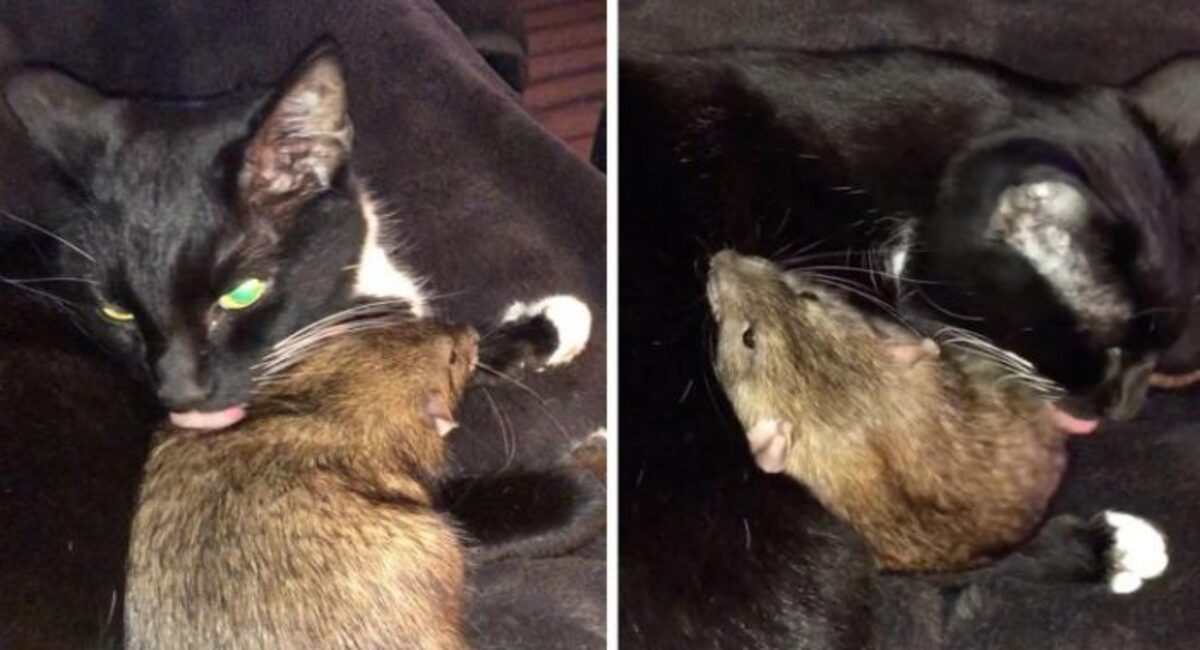 In a pet shop, Copper, a male rat, was offered for sale with other rats. The phrase “To feed the snakes” was written on a cage containing rats when Paula Maureen first entered the shop. 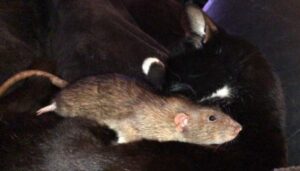 There were culled animals within the cage that no one had ever bought as pets. The woman didn’t think twice about buying the whole cage of rats from the pet shop and taking them home. 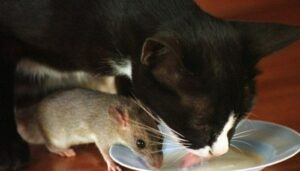 Then one of the rats emerged from its cage and strolled over to the couch. The rat began to captivate the woman’s cat, Plum, as it moved over the couch. 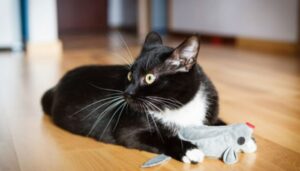 A few years ago, volunteers plucked Plum from the streets. She was saved by Paula from a shelter. Rats have undoubtedly been an issue for Plum in the past. But when she encountered this rat, she showed no signs of hostility. 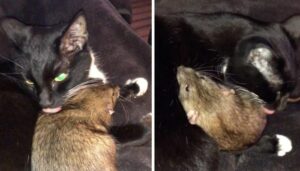 She even came over to him, got down next to him, and started licking the rat-like it was her youngster. Now, they are really good friends. Copper was the name of Paula’s rat. Copper the rat and Plum the cat are frequently seen together.