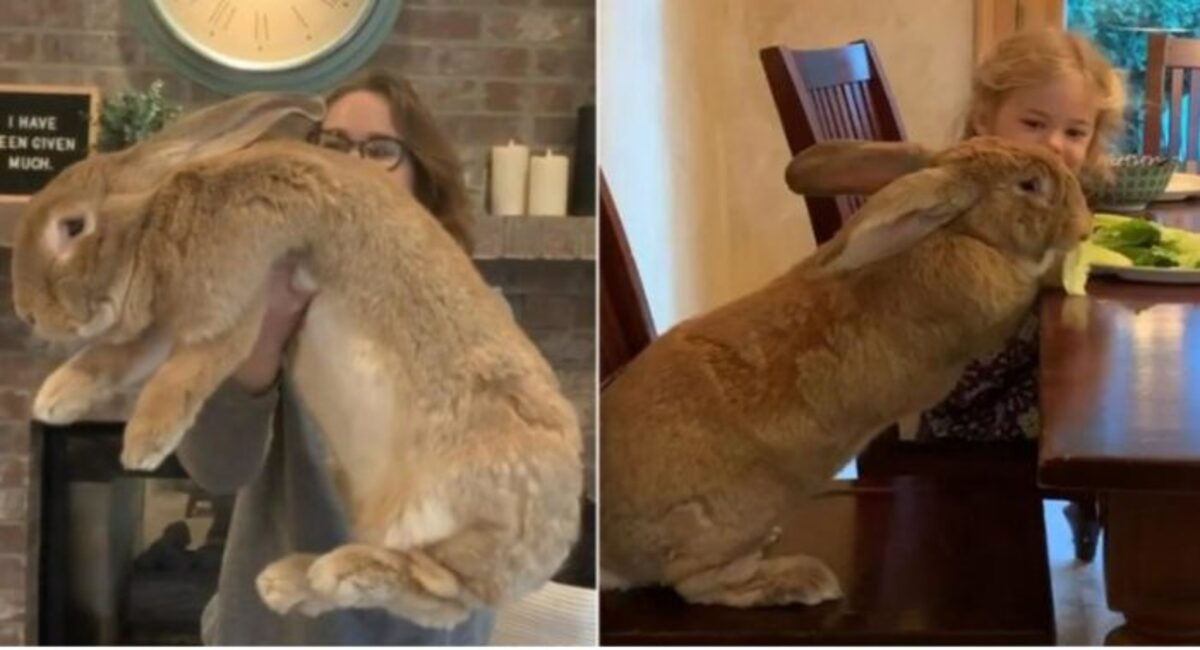 Social media users rejoiced when they noticed a pet rabbit that is around human height. The rabbit, known as Cacao, is now enormously well-liked on social media, especially Instagram, where he has more than 420 thousand followers. 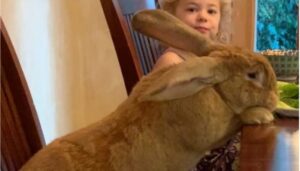 Because it appeared hard to have a dog or cat in a rental house, “We opted on a rabbit.” Our daughter Maisie is an enormous animal lover.

We started hunting for a nice rabbit since we decided it was time to expand our family. 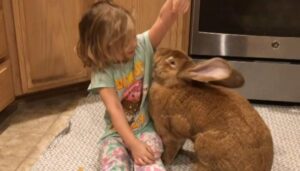 We’ve found that huge rabbits get along nicely with kids, said the owner of a giant bunny. The woman said that cacao had become acclimated to the new environment and people. 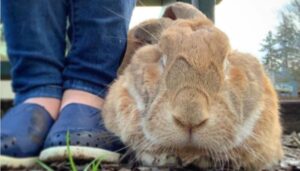 He quickly established a communication channel with every member of his family. These cute animals are often disregarded, yet they are quite clever. Of course, they don’t walk their pet, but they do often take him outside for some fresh air. 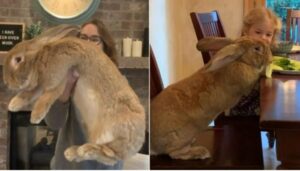 Throughout the day, the rabbit consumes two sizable bowls of hay and carrots. His other favorite foods include dried mangoes and bananas.

“Cacao does not have a propensity to gnaw on the wires, so we were extremely lucky.”