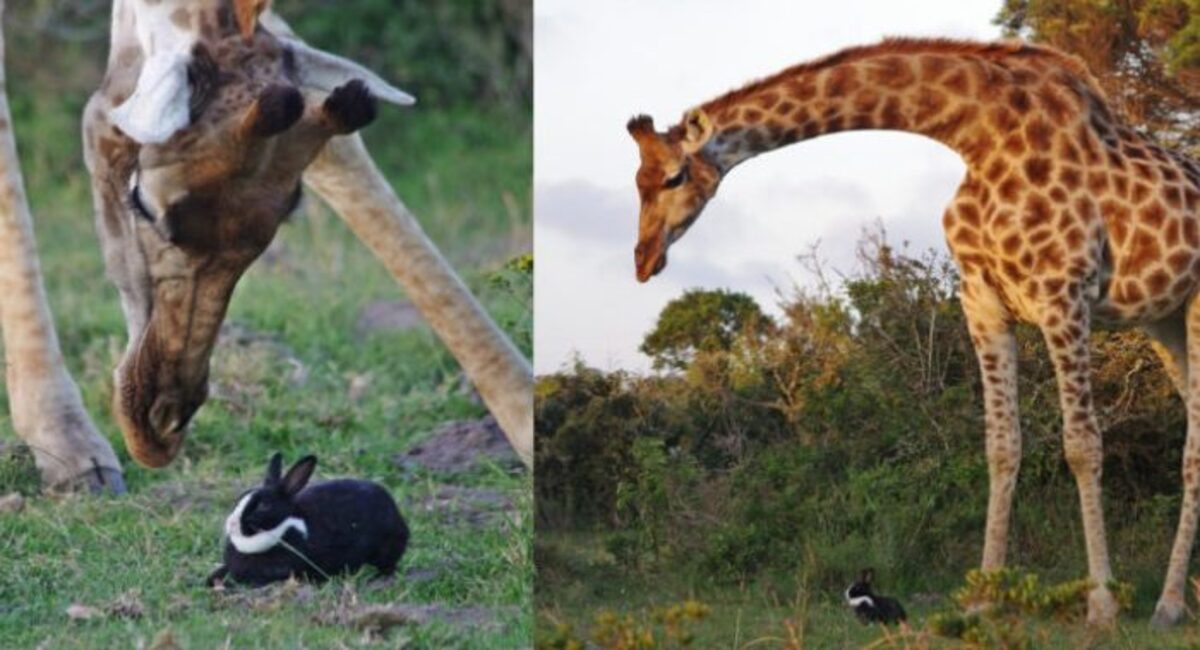 This park is home to a wide variety of animals, such as rhinos, giraffes, antelopes, zebras, cheetahs, and others. Visitors come to the park on tours to see wandering animals in an environment as close to the natural as possible. 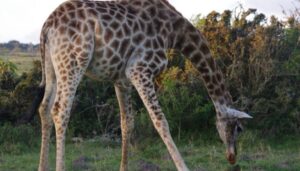 One day, while driving with her daughter Tammy, Aya observed something that prompted her to exit the car. In the fading light, a magnificent giraffe. Aya decided to take a picture of the animal. 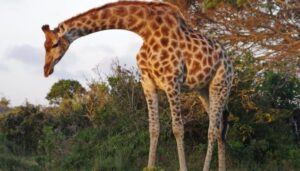 She initially spotted the giraffe looking intently at something between its legs. When Aya and Tammy followed his gaze, they saw a little black and white bunny resting on the grass. The domestic rabbit’s whereabouts in the park amid the wild creatures are unknown. 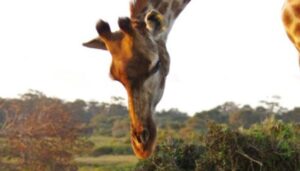 Aya assumed that he must have left from a neighboring farm. Aya and Tammy watched the giraffe and the bunny for about 45 minutes. The giraffe trampled the grass, but the rabbit remained. 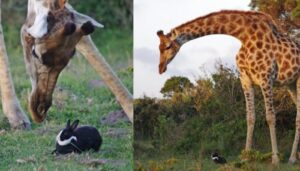 When the giraffe stooped down and smelled the rabbit, it did not run away. Aya and her kid eventually made their way back to their house as darkness fell.

However, even after they departed, they continued to be close.