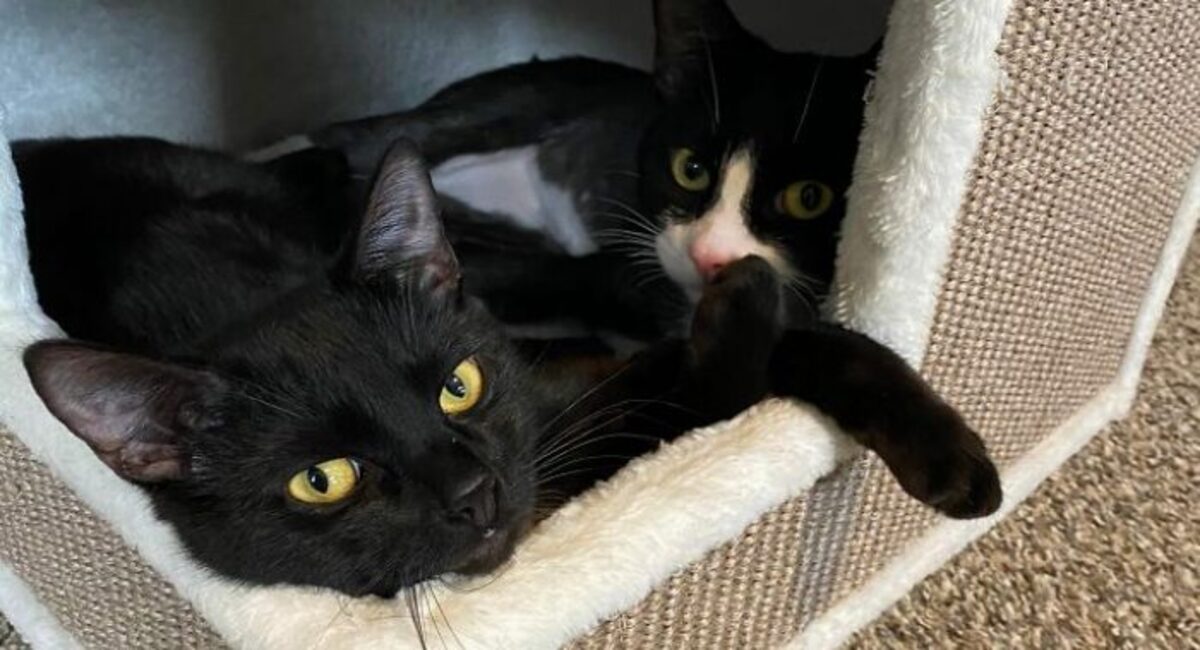 One day, a woman saw a dog that needed help. She was helping the dog, but a cat came up to her and pleaded for food. A second cat joined them… and another when she went to purchase some cat food, which she typically keeps on hand. 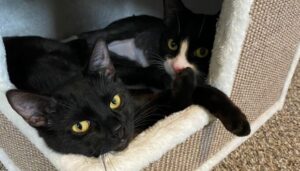 The woman said, “I started talking to neighbors and found out that these animals had been put here five months ago.” 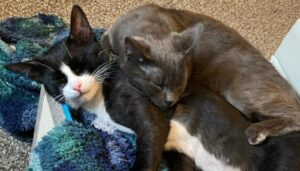 The woman had planned to treat and examine the cats before releasing them, but the more she saw them, the less she thought they belonged outside. 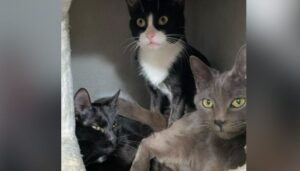 Instead, she gave her husband a call to let him know that they would be taking in three kittens that evening! The three of them were content to travel together on the way to the woman’s house even though she only had one cat carrier to fit them in. 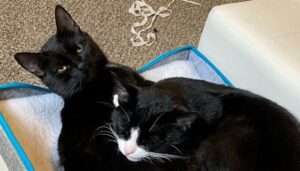 After stroking them, she declared, “I was very certain that these were indoor cats that had been sent outside.” I felt it was unfair to abandon these adorable animals on the streets after I realized this.