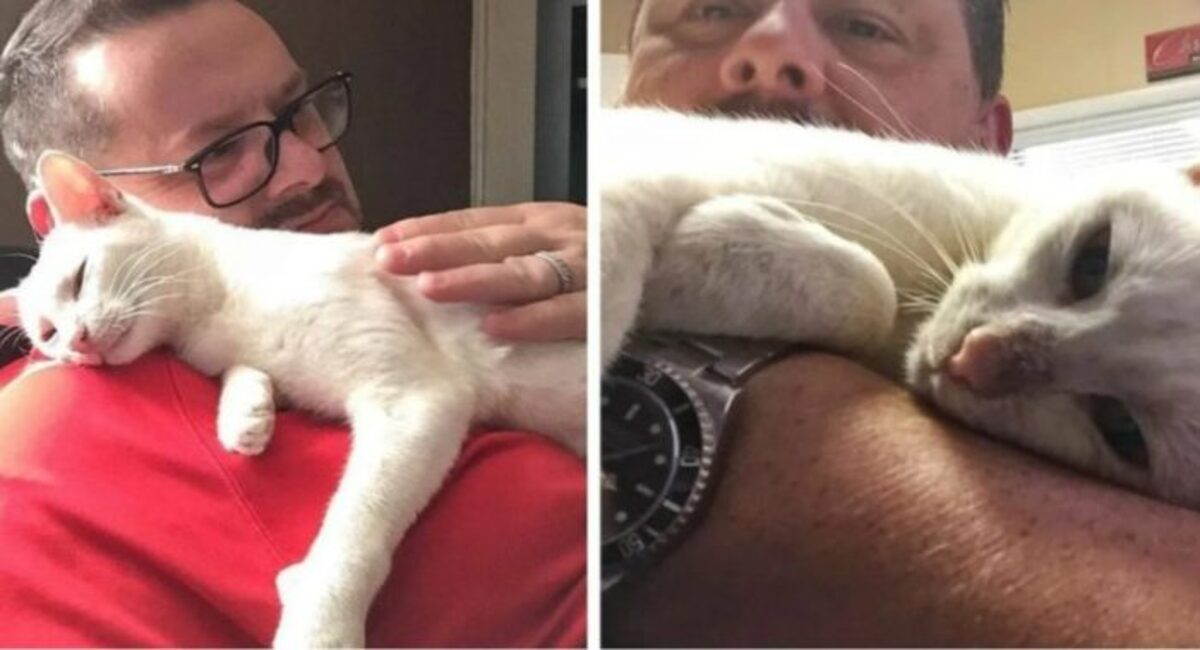 The cat was found inside of a gas station. The kitten meowed quietly, hoping someone would hear her, notice, and help her. When the man pulled up to the gas station, he saw the fluffy. 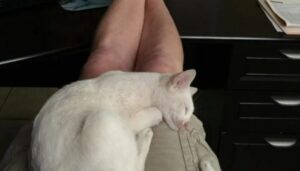 He did not abandon him in this state; instead, he picked him up and carried him to the car.

He drove him to work and fed him what he had on hand. 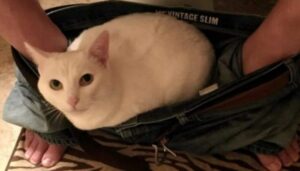 The cat had never been seen by the station employees, so the guy originally believed she had escaped and strolled into the gas station. After posting a notice about the cat, but receiving no responses, he decided to adopt the kitten and brought him home. 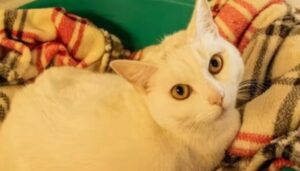 It was the cutest, cuddliest cat he had ever seen. As soon as he entered the room from work, Kitty started to quietly purr. She gave the best possible example of her love and dedication by never leaving her rescuer. 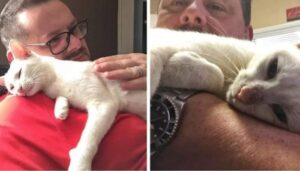 She has spent the past 18 months residing in the home of her devoted owner, never leaving his side and accompanying him everywhere—including the restroom.