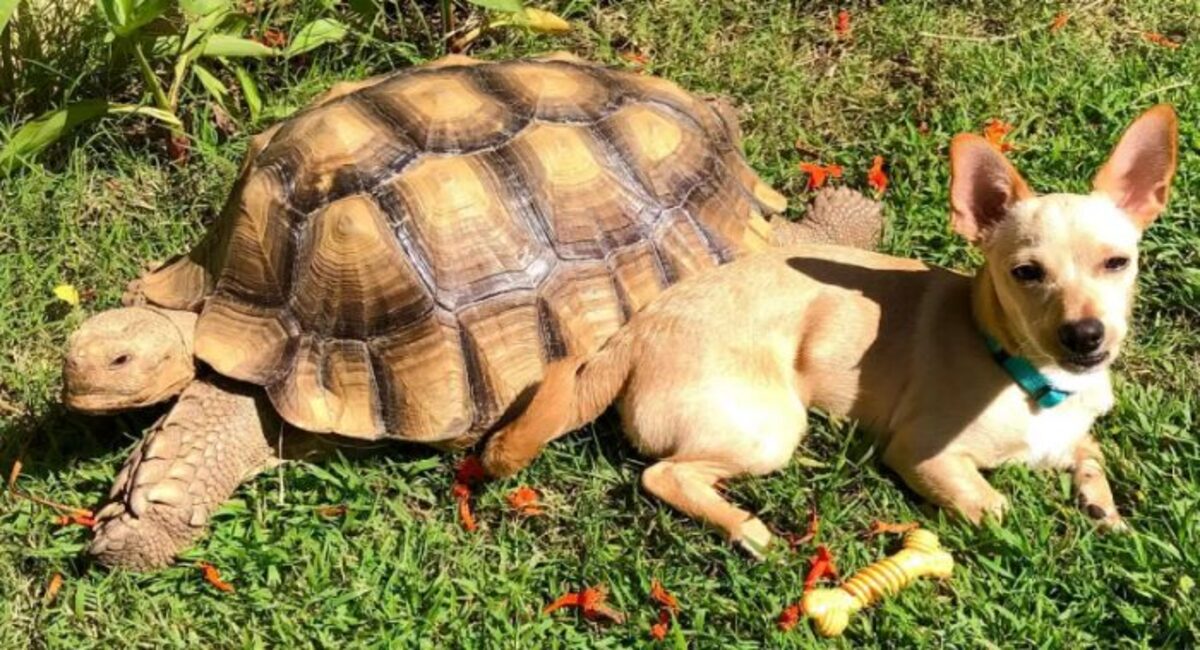 Since they were both accepted into the same large rescue pet family, these two have been close companions. It makes perfect sense to him to mix the two because he loves his brother and sticks. They bonded the instant they met, according to the mother of the couple. 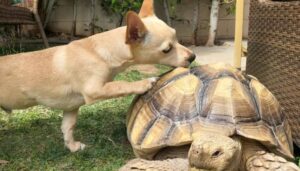 For some reason, they were able to connect with one another immediately away. When they first met, there was instantaneous love.

The pair can no longer be split apart. Now since they are always paired up, they spend the entire day together. 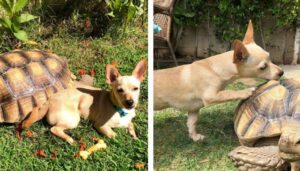 Together, they like taking meals, naps, and showers. They travel everywhere together as well.

Doggy enjoys telling everyone how much he loves them, especially his brother. He prefers to show his love to the turtle by offering it one of his most valued possessions: sticks. 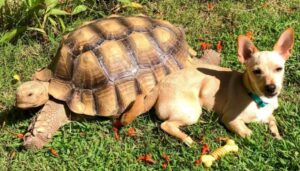 When my dog discovers a stick in the yard, he takes it over to present it to the turtle, their mother said. As a gift, the dog does a stick dance around the turtle, but the tortoise doesn’t appear very impressed. The dog won’t stop bringing the turtle sticks even if he doesn’t like them as much as his sibling does.