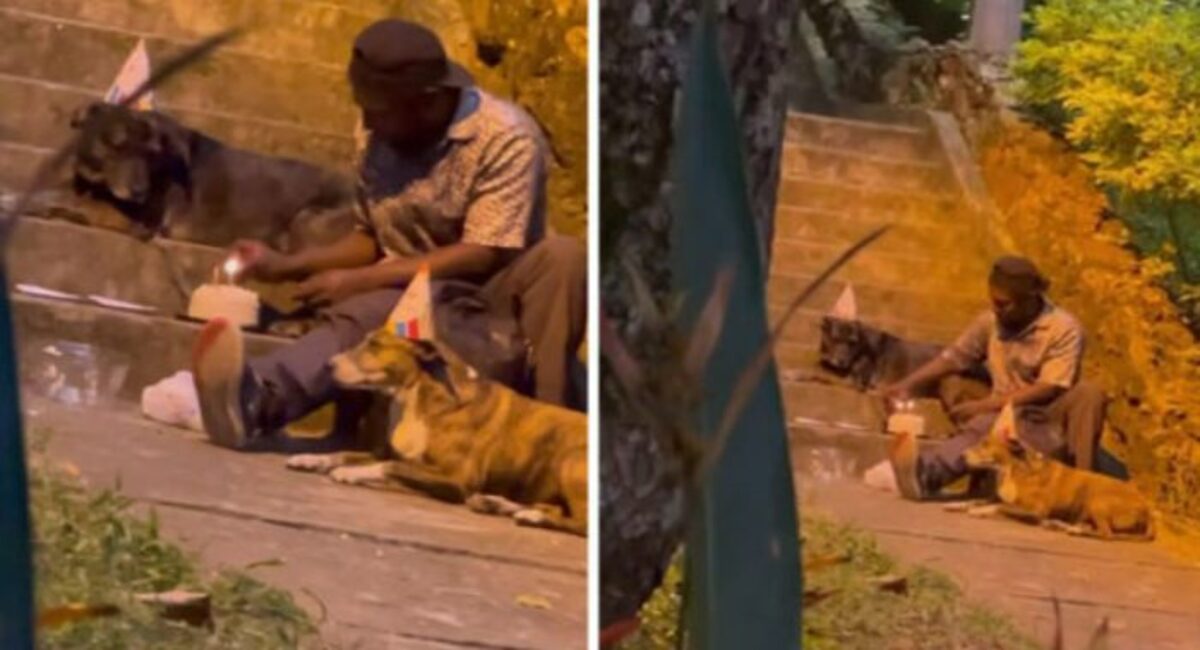 This young man’s name is Chelse. A passer-by noticed him sitting on the stairwell of a public park with two holiday-dressed dogs. The birthday of Shiki the dog was being commemorated. 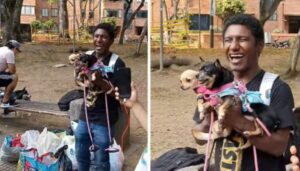 After removing the cake and candles, he began singing “Happy Birthday.” On a little cake, two candles were lighted, and the pups maintained a close check on their master’s actions as if they were really weighing their request. 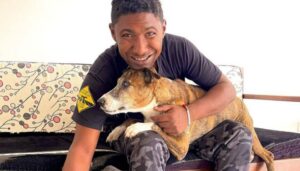 Chelse then took a slice for each of his friends before eating another for himself, maybe expressing his feelings. When the man photographing the activity on his phone concluded, he approached them to ask a few questions, and it was determined that they were homeless. 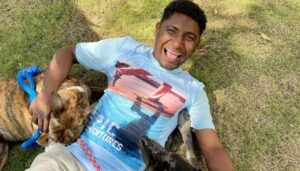 Chelse received a new smartphone, which he used to start his Instagram account, which now has over 200 thousand followers. He stated that he wants to be a musician and that he plans to create his own animal sanctuary in the future. 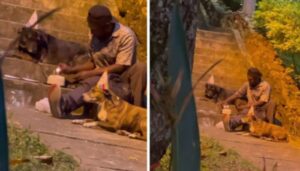 Homelessness is a severe societal problem that drastically alters the lives of those who are unfortunate enough to be affected.