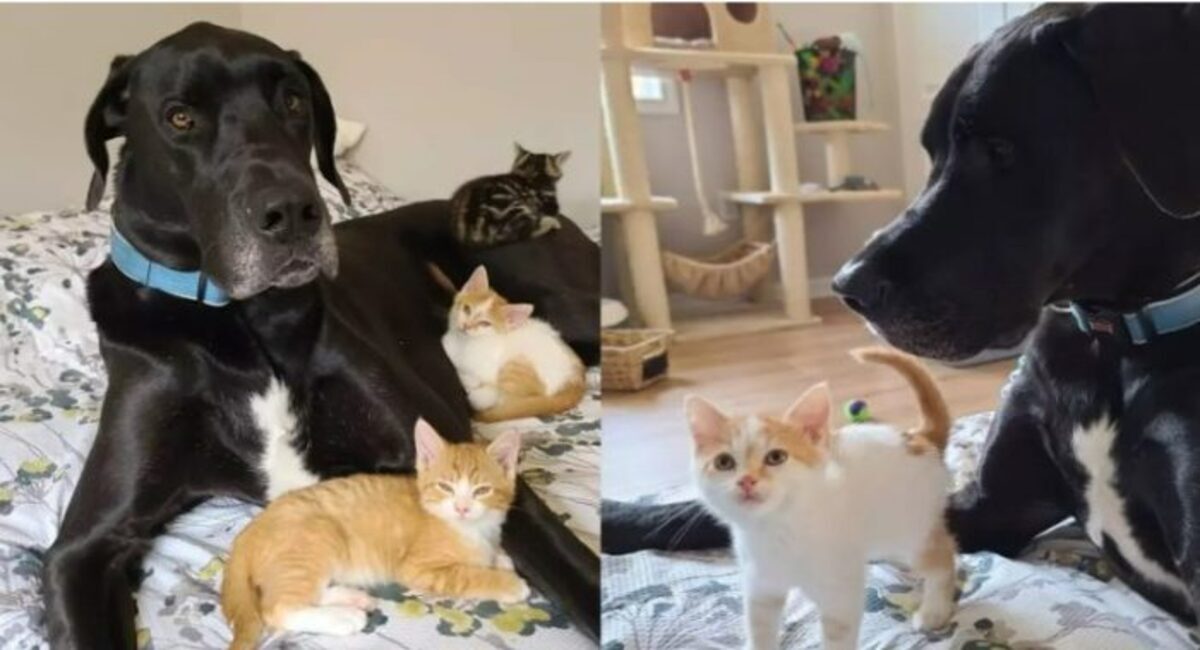 While some cats and dogs never get along, some do end up being best friends for life. Others, on the other hand, grow into real families where everyone watches out for one another. 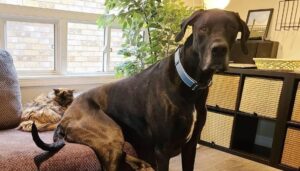 Coby, a Great Dane weighing 145 pounds who temporarily sheltered street kittens with his owner Anita, finally grew to think of them as family. Coby welcomed the fluffy infants into the household right away and got to work helping the owner raise them. 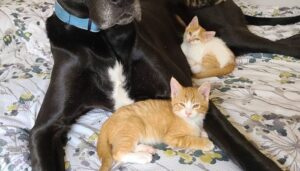 In addition to providing them with nearly continual care, the dog began to play with the kittens and put them to bed. This dog is the most loving and devoted animal in the world. This made the kittens comfortable next to him. 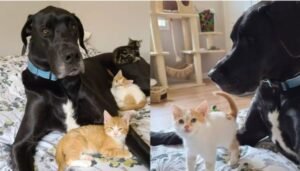 In the same way as he was with his own children, Coby was glad to take care of the kittens since they made him happy. Coby has always been a timid person. On the other hand, he had a deep affection for other dogs and cats. 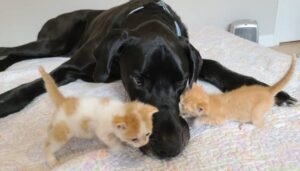 Anita, his owner, says. Every kitten eventually found a new, permanent home, leaving the dog to bid his foster youngsters farewell. However, Coby’s owner cares for all the kittens and pups the child discovers and never quits her job as a tailed nanny.