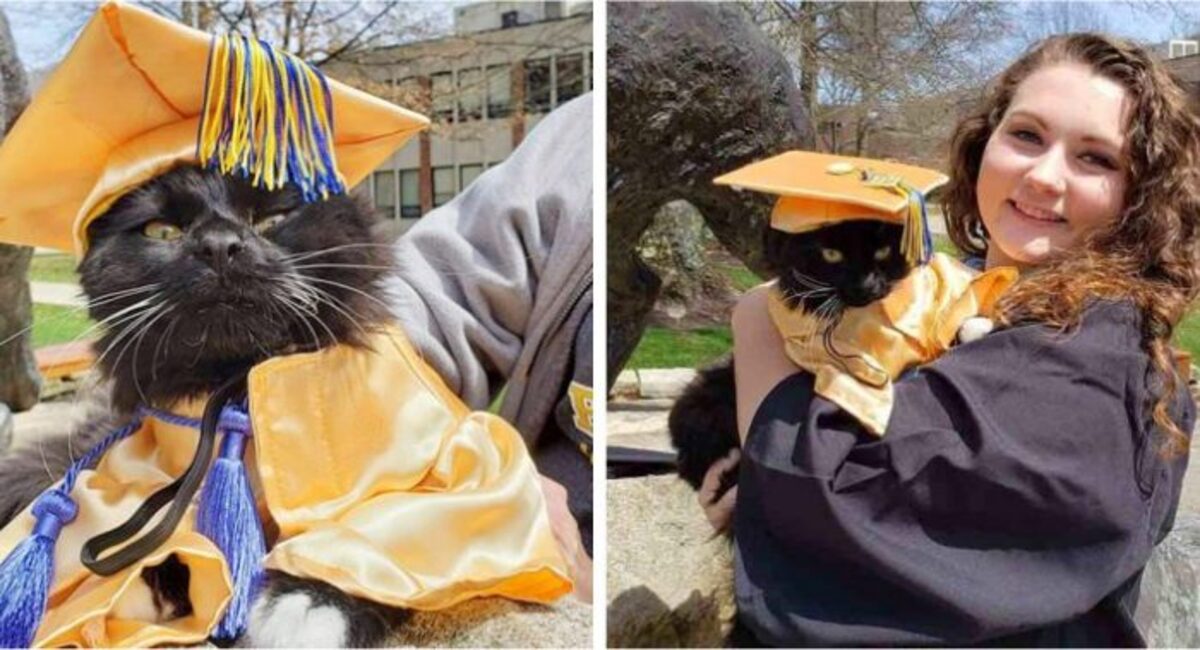 Raven, a cute and fluffy kitten, was saved by his human family at the age of barely 7 weeks. The veterinarian looked after him. Raven has a keen sense of intuition and is often sensitive to the emotions of others, especially when it comes to his human mother. 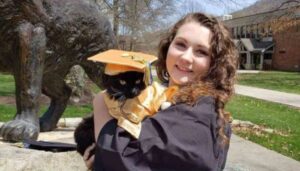 As he developed into a kitten, Raven’s mother immediately understood that he would one day come to her aid. He has without a doubt provided solace over the past 12 months. 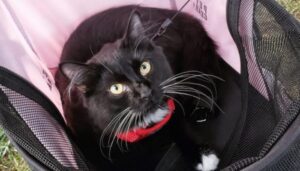 Raven is a very curious cat that likes being the center of attention for his family, according to his adoptive mother.

He sits on you till you wake up if you don’t feed him at precisely 8 o’clock. 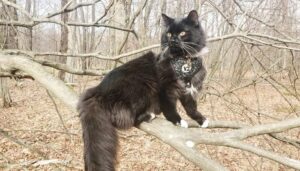 He follows us everywhere, even the shower, while meowing or “talking” to each of us as he moves about the home. During her senior year of college, Hailee learned she needed his help to graduate, and Raven, the lovely black cat, became her official emotional support animal. 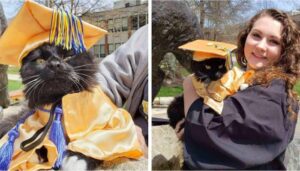 Every time we walked across campus or carried him in his carrier, someone would stop us and chat to him or give him a quick pet.