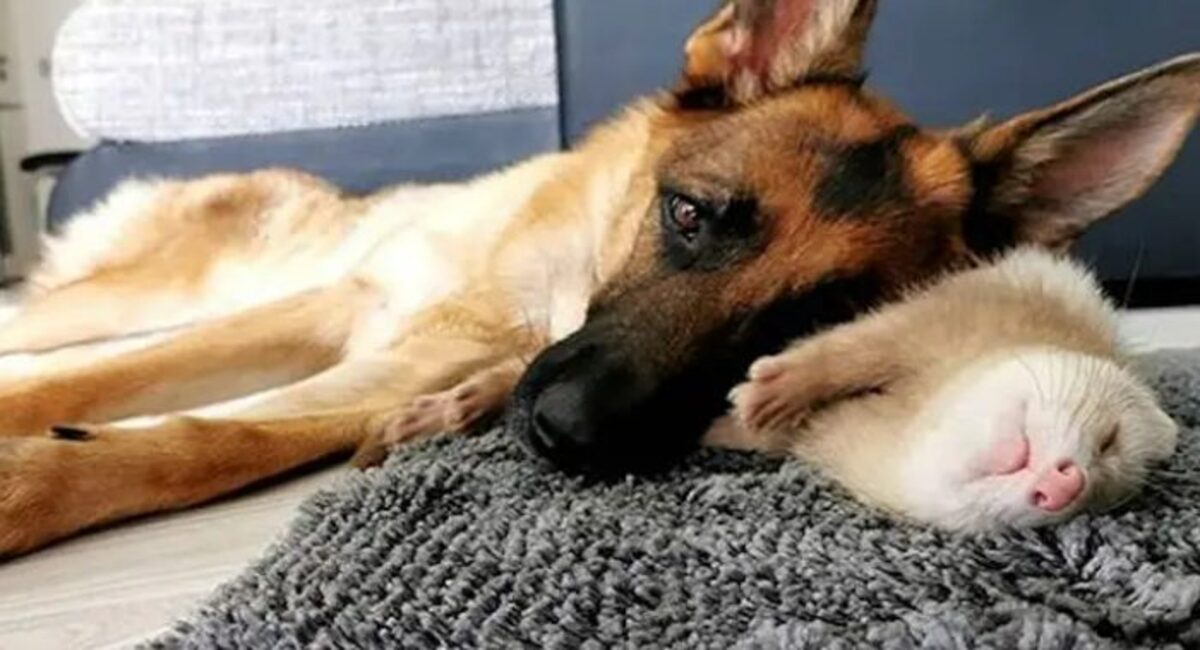 Mery chose to have a dog and a ferret because she had always wanted to own two distinct animals, as examples of their relationship are known. A puppy was the first thing to arrive at her home. 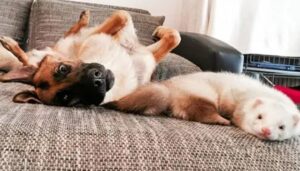 Mery exposed the dog to a variety of animals during the training process, including parrots and cats, which helped the dog gain some tolerance.

The cute animal was next; as children in shelters frequently grow up with dogs, the girl merely had to select the cutest one. 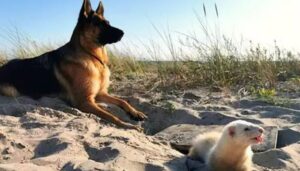 The original meeting went off without a hitch. Canine was absolutely ignorant of the neighbor until he became intrigued about the guest and followed him around while smelling the new residence. 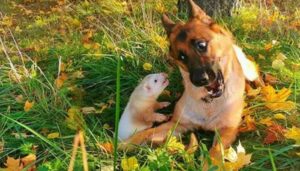 According to Mery, the ferret ignored the dog for two days until “the fun started.”

They are so similar, according to Mery, that I occasionally believe there are two dogs residing here. 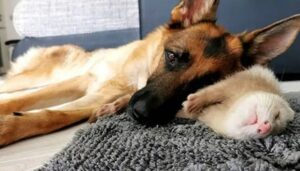 The dog is only a supporting character in their relationship; the ferret is the primary character. The dog is extremely loving with the ferret and never stops caring for or looking over him.