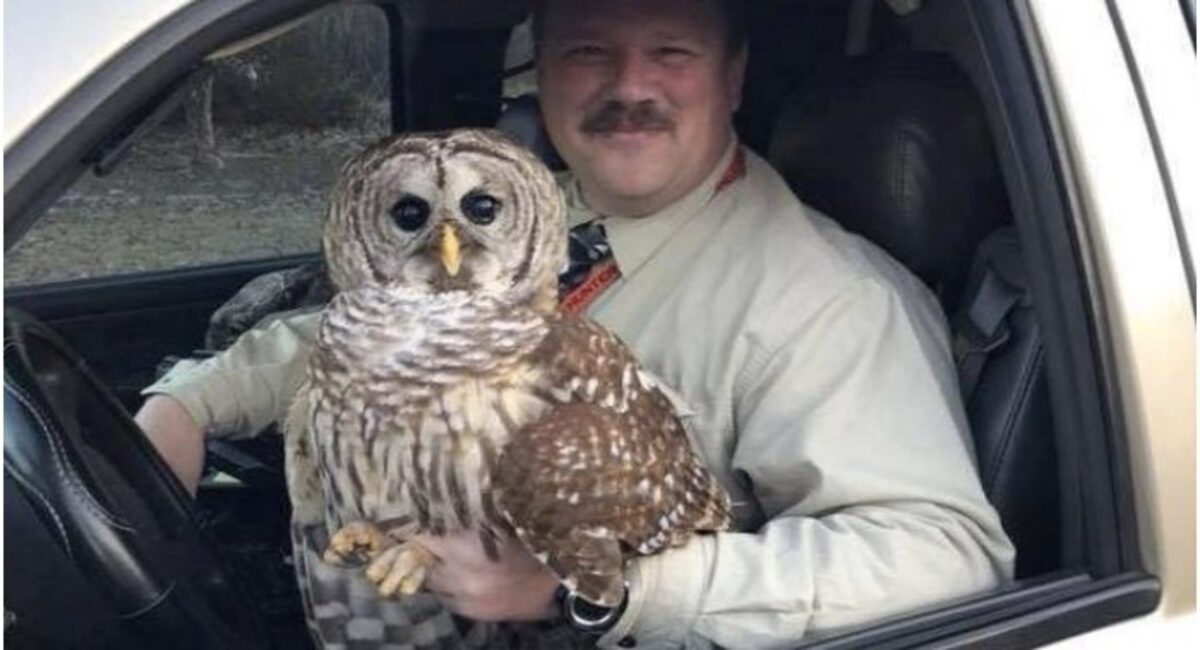 Early in the morning, someone observed a bird that looked like an owl sitting in the middle of a busy country road. Vehicles zoomed by the bird, but it was unable to take flight due to a physical issue. 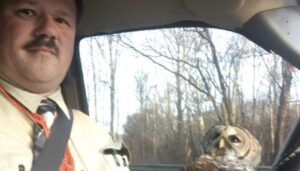 Many individuals started calling the authorities to report the owl.

When the official observed an owl sitting on the street, he removed his coat, approached the bird cautiously, and then flung his coat over it, encasing the owl. 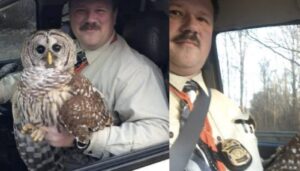 Most importantly, he covered the owl’s head to block her from hearing and seeing what was going on. At the moment, he wrapped her legs to keep her from scratching him with sharp hooks. 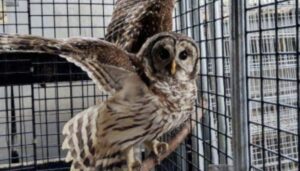 The official loaded the bird into his car and placed it next to the driver’s seat in the passenger seat. The owl stared about, speechless.

She remained surprised and bewildered, but she showed no symptoms of antagonism. 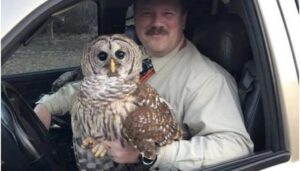 After that, the owl was brought to a refuge. Workers at the shelter inspected the bird and found that it had no serious problems and would recover quickly. She will be returned to the wild.