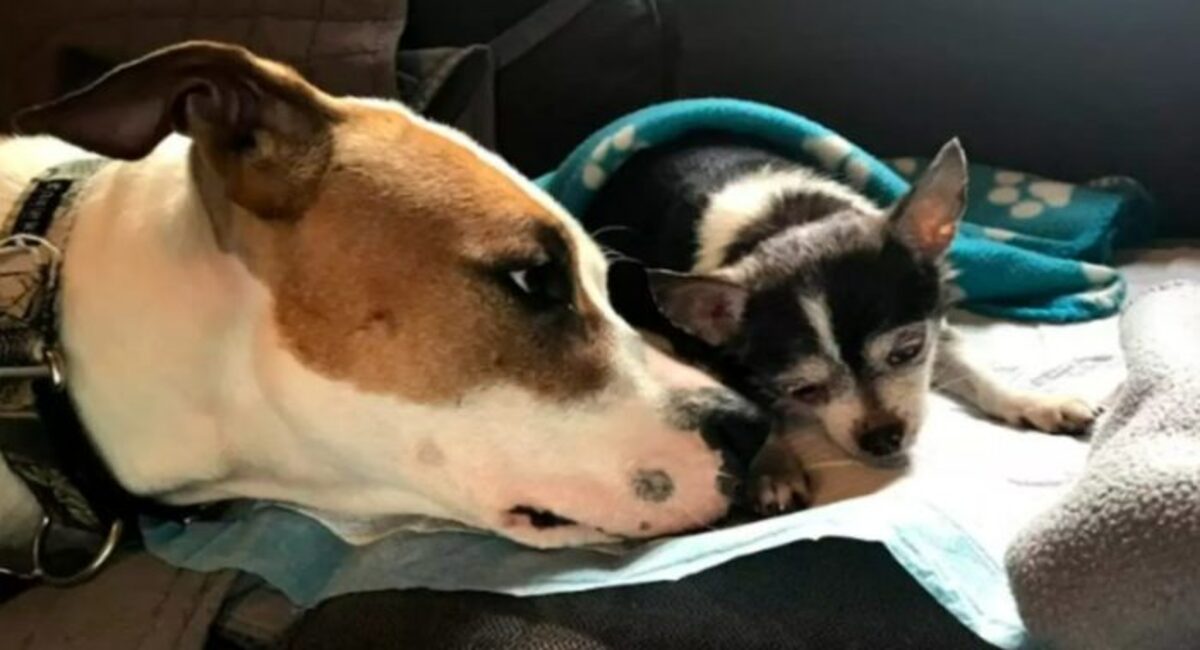 When Hela Helfer met Tiyu four months ago, he was in terrible shape. He was donated to a New York shelter when his previous owner’s health deteriorated and his family was unable to care for him. 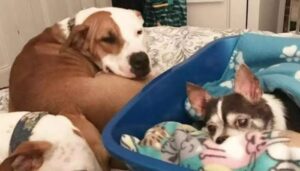 The veterinarian devised Tiyu’s treatment plan, and the woman decided to take him home to make him more comfortable. And it was at the new abode of his saviors that he met his guardian angel. 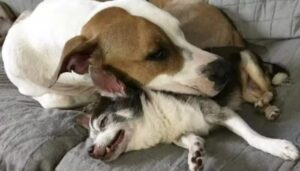 Hela reports that her pit bull, Sink, was immediately attracted to Tiyu. Because Tiyu is ancient and not in ideal health, she was originally anxious about how he would accept her. Sink fell in love with the newcomer immediately away, despite her reservations. 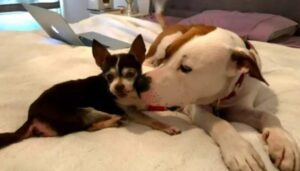 Hela adopted Sink, a two-year-old pit bull, in August. When she adopted him, he looked virtually identical to another pit bull called Pied, who had been rescued in a similar situation. 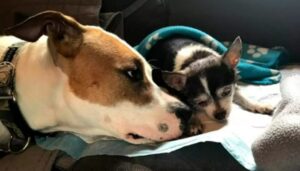 Despite the fact that Tiyu is blind and unable to move, he persists. He likes to relax by lying down and swimming in the pool. Tiyu also likes going for walks, thanks to Sink’s dog backpack, which has a side bag for him.