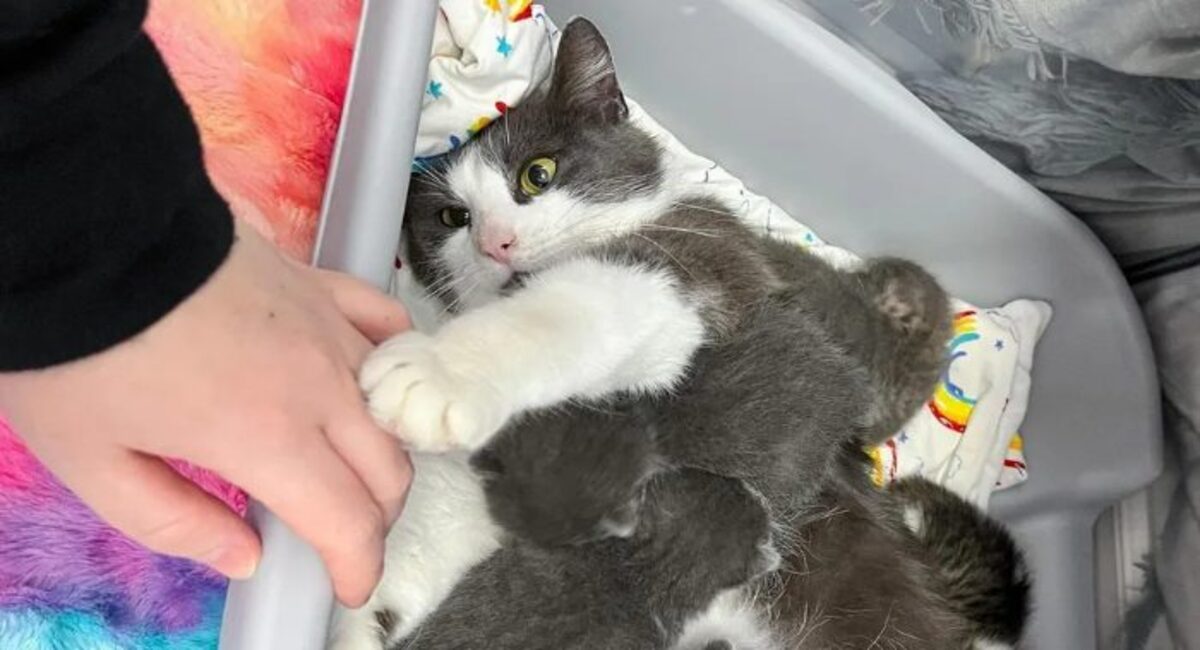 Melisa, the owner of a shelter, had received information about a kitten wandering around outside in the snow approximately a month previously. With the assistance of a coworker, the kitty was transported to a secure area the next day. 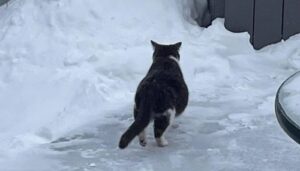 After receiving several rewards and a lot of tolerance, the kitten began to trust. She became acclimated to her human partner over time and learned to appreciate her new surroundings. 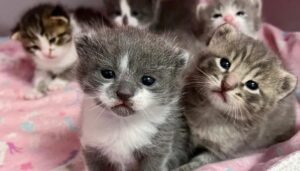 Melisa was taken aback a few days later, early in the evening. She was curled up close to two little furballs. Five healthy young kitties were nursing avidly on her stomach by the evening. 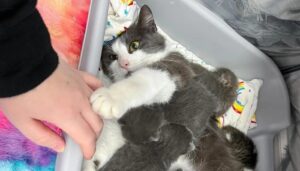 From the beginning, Mama Kitty was defensive and protective of her five babies. With time, the kitten was able to unwind a bit more and enjoy her comfortable and secure surroundings. At three weeks old, the kittens’ eyes are fully open, and they are beginning to meow and play. 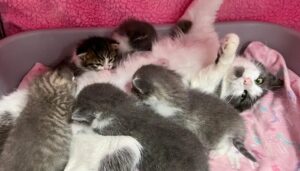 ‘She’s on the lookout for them and is typically prepared to accommodate their requirements.’ It was very probably the most incredible transformation I’d ever seen!

‘Melisa said, ‘Her future is so bright.’